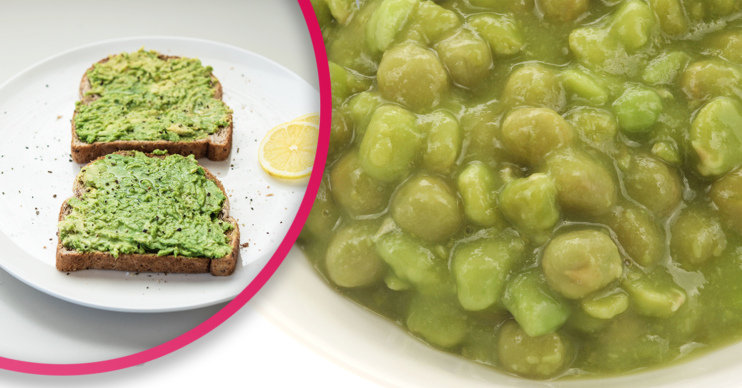 Would you want this for your lunch?!

While Brits are more than partial to a mushy pea, it appears not everyone is keen on them in one particular form.

Yes, while they’re the perfect accompaniment to your Friday fish and chips, it appears not everyone agrees with a new serving suggestion sweeping Twitter.

Posting the image of her dish to Rate My Plate, the woman came in for a slating.

The dish in question? A mushy pea sandwich. Yes, really.

It’s not clear if the peas are served hot or cold.

“Classic Mushy Pea Booty for Lunch by Angela S,” the picture was captioned.

Angela S clearly liked it as only half the sandwich featured in the picture.

Presumably she’d scoffed the other half!

“It needs putting in the bin,” said one mushy pea sandwich hater.

“Mushy peas are for chip shop dinners, not this kind of malarkey!” said another.

“Delete the peas and I’m there,” another laughed.

“Can we set up a Go Fund Me and buy her some food? That’s a disgrace,” said another.

“That has got to be one of THE most unappetising things I’ve seen!” exclaimed another.

Not everyone agreed, however.

Can we set up a Go Fund Me and buy her some food? That’s a disgrace.

Some suggested a couple of improvements and the addition of condiments.

“Work of art. Warburtons bread is the best one to do this with as the butter doesn’t soak through it. Nice thick butter from the fridge melting all over the warm peas. This is a star food,” said one fan.

But if salt and vinegar applied….bootyiful!

Needs brown sauce but looks like soul food to me

“I will forgive you if you remember to add cheese to that. Cheesy mushy peas!” drooled another.

“I thought it was just me likes mushy pea butty, I like to add lots of black pepper and vinegar,” another offered.

” I wouldn’t mind a mushy pea sandwich,” said another.

Would you eat a mushy pea sandwich? Tell us on our Facebook page @EntertainmentDailyFix.