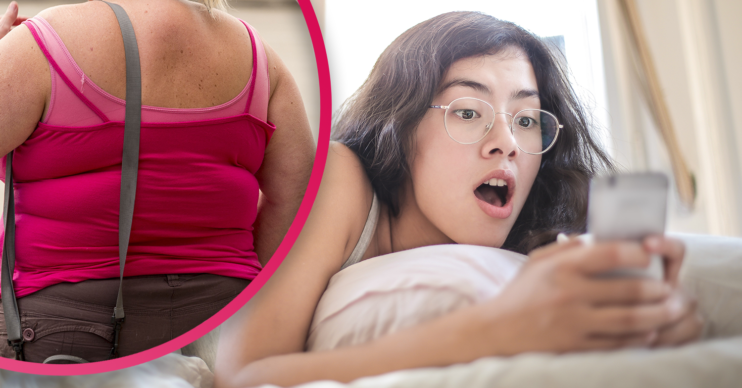 She's "concerned" about them, apparently…

Users of Mumsnet have branded a woman “spiteful” after she called female members of her family “fat”.

The woman – who said she has been “overweight” but “managed to get on top of it” – made the comments in a post entitled: “To think a UK size 16-18 is not curvy but fat?”

It soon transpired that she wondered if it would be unreasonable to offer them advice on “nutrition and keeping fit”.

“Yes I know some will probably flame me for using the word fat but I’m concerned about some family members,” she said.

“The mum is 5ft 4in with three daughters aged between 18 and 22 who are all a similar height. She and the eldest both take medication for high blood pressure and the other two daughters are also heading that way,” she continued.

The woman added that, a while ago, the mother told her it was “great” they were all the same size because they could swap clothes.

However, she added: “What bugs me is they are totally clueless about health topics and diet and the mum has fed the girls crap diets all of their lives high in salt, fat and sugar.”

Then the real insults started flying.

“The worst part is she buries her head in the sand saying they’re luckily not a fat family but are all just curvy girls and that it runs in the family along with high blood pressure! The fact is they are all FAT and it’s self inflicted and unfair on themselves,” she slammed.

“Double chins and no waists”

She added: “The girls are huge now with double chins and have no waists but, hey, they take great care with make-up, tan, hair and nails, so that makes it okay then?”

The woman said her mum told her not to office advice as they get “very offended if anyone ever suggested they were even slightly overweight”.

I should add that I have been overweight at times, even bordering on fat, but with dedication and commitment to diet and exercise I managed to get on top of it.

She also asked: “Are people who are that size truly happy with how they look and feel and do they believe they’re not fat but have curves instead?”

The replies came thick and fast.

“Concerned people take action to help. Bitchy people post about it in derogatory terms on the internet,” said one.

Read more: Plans for all primary school kids to return before summer to be scrapped

“Your contempt for those young women oozes out of your post,” said another. “They won’t want your advice, it’s probably fairly obvious what you think of them anyway.”

“Not your place to offer advice,” another agreed. “You will come off badly, no matter how you do it. I’m that size, I know I’m fat, I also know what I need to do to not be. I don’t need unsolicited advice and I guarantee you it won’t go well if you offer it to them.”

Others urged the woman to “have a bit of cake” as it looked like she could do with “sweetening up”.

“I’m sure they’re a lot happier with themselves than you are,” one woman said. “In my opinion, only people aware that there is something really lacking in them as a person are as spiteful as you are being here.”

“Have a bit of cake. You look like you could do with sweetening up,” said another.

“I am a size 16, 5ft 3in and I ran a half marathon last year on very little training. Fat doesn’t always equal health,” another explained.

“Some people are naturally bigger than others. I think you need to take a biiiig step back and concentrate on your own health,” she added.

The woman did fire back at her haters, though.

“I should add that I have been overweight at times, even bordering on fat, but with dedication and commitment to diet and exercise I managed to get on top of it,” she said. “So I do know what I’m talking about!”

However, that did nothing to stop the comments.

“I’m fat, but I can lose weight,” one woman posted. “People who are unkind about others have a problem that’s more difficult to shift.”