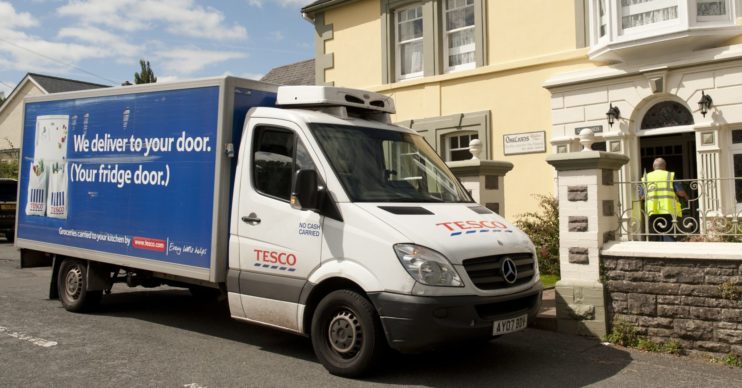 She considers herself a "community helper"

A woman has revealed she is buying up to 10 supermarket home delivery slots each week and selling them to elderly and vulnerable Brits.

Louise Lucas, from Plymouth, Devon, is selling the slots for as much as £30 each.

She said she stumbled upon the idea when she moved in with her 87-year-old grandfather in Bodmin, Cornwall, before lockdown began.

When the virus struck, she said she lost her job as a beautician.

Now unemployed, Lucas is making so much money from the scheme that she’s planning on taking a tropical holiday with the proceeds once she’s able to.

Read more: Brits could soon mix with one other household bubble

She revealed her money-making scheme to Fabulous and said some of her friends were “horrified” when they’ve found out what she’d been doing.

Louise said she came across the idea by accident when one of her grandfather’s friends asked if she knew anyone able to run errands during lockdown.

He said he would pay if the helper could get a supermarket home delivery slot.

She said he had a lung condition which meant he had to isolate in his “big posh house” for 12 weeks.

Louise revealed it was something of a light bulb moment for her.

“He said he’d pay whatever it cost and I happily volunteered, having worked as a carer in the past. When I told him I’d found two, he offered me £40 for them – even though they usually cost less than a fiver each. I tried to say no but he insisted,” she said.

He then offered to “drum up” business among his pals.

She said: “Spotting a lucrative opportunity, I immediately got back online, and using my account, my grandfather’s, and one belonging to a friend, I managed to get an additional three delivery slots.”

Louise said she switched between the Asda, Tesco and Sainsbury’s websites all night to get the home delivery slots.

People just want to criticise. Frankly, I am beyond caring.

Her grandfather’s pal then found “four pensioners and other vulnerable people” who were happy to pay for her help.

She’s now selling slots to people up and down the country and considers herself to be a “community helper”.

“Some of my friends have been horrified that I am charging for shopping slots. They’ve also told me I should be helping people for free and doing the ‘neighbourly thing’. People just want to criticise. Frankly, I am beyond caring,” she said.

Lucas uses the money for luxuries like “prosecco, make-up, clothes and bath bombs”.

Tesco, however, isn’t pleased at her “abuse” of its system.

A spokesperson said the supermarket was “shocked and disappointed” to hear about her money-making scheme.