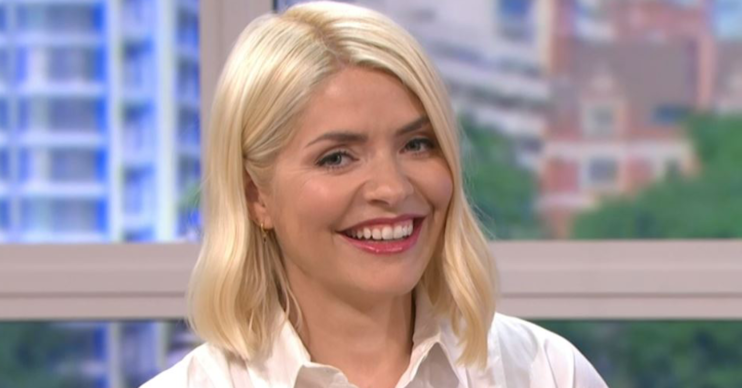 Holly Willoughby had yet another outfit winner as she hosted This Morning today (July 8).

In fact, some fans even declared that Holly was giving them “Marilyn Monroe” vibes.

Of course, Marilyn wore a white dress in the 1955 film The Seven Year Itch – although we doubt Holly will go standing over any subway grates!

Holly uploaded her usual #HWstyle shot ahead of This Morning.

She said: “What a night… still giddy on the wave of footbally dreaminess… #itscominghome 🏴󠁧󠁢󠁥󠁮󠁧󠁿.

However, it is selling out fast – but it does also come in black.

Her shoes – the Kali Wedge Leather Strappy Wedged Sandals – are £80 from Reiss.

Sizes 4-7 were left online as we went to press and they’re also available in white.

So what did Holly fans say about her dress?

“Love this dress,” said one.

“Love this look,” said another.

Read more: Holly and Phil fans bemused over their ‘dreamy’ trip to Wimbledon

One then pointed out her resemblance to the movie icon.

“This dress is giving me serious Marilyn vibes,” said another.

Clearly hoping she’d embrace the dress and have a Marilyn moment, one Holly fan got a little carried away.

Posting about England’s win, they said: “And Holly wears a see-through dress to celebrate! Great!”

Was anyone not a fan of her outfit?

Well… There is always one, it seems.

However, they were soon shot down by Holly’s fans.

“You must be the only one – that dress is gorgeous!” they said.

Head to our Facebook page @EntertainmentDailyFix and tell us if you liked Holly’s outfit today.