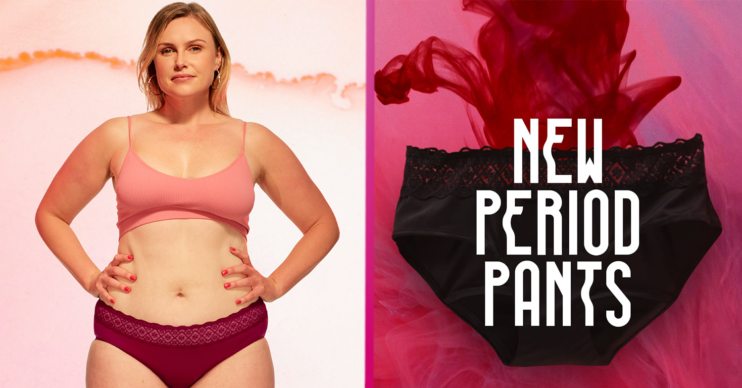 What are Period Pants? Women divided over Bodyform’s newest launch

Wear for eight hours, wash and use them again

Bodyform has launched new Period Pants and women are more than a little divided – but what are Period Pants, and what do they do?

While some say it’s a great idea and good for the environment, others have said it’s an “infection waiting to happen”.

What are Period Pants?

The new Bodyform Period Pants come with a “bleed, wash, repeat” slogan that basically tells you all you need to know.

They comprise one pair of reusable knickers – either in bikini or hipster – that “absorb like a towel”.

As such, there’s no need to use tampons, towels or other sanitary products.

Bodyform said they lock in light to medium flows for up to eight hours.

When you change them, you simply rinse in cold water and “then throw into the washing machine with your usual wash”.

The knickers have “moisture-wicking, absorbent and breathable layers” that are “treated with an antimicrobial odour control system that helps neutralise odour”.

What did Bodyform say about the launch?

Bodyform said: “Say goodbye to add-ons and welcome a new, simple way of perioding with Intimawear by Bodyform.

“Combining the absorption power of TriTech Performance with the comfort and freedom of your normal underwear.

“Just put on Intimawear by Bodyform, let your body do its thing and let the pants do the rest.”

The website added: “The gusset of all intimawear by Bodyform (that’s the bottom of the pants that goes between your legs and rests against your vulva) is designed with TriTech Performance to take care of your period.

“This means it has three separate layers which will be able to handle anything your body sends its way, from blood to discharge, from sweat to after-sex fluids, or anything in between.”

What have women said about the launch?

The jury so far appears to be out.

Some love them and can’t wait to try them, but others appear not so keen.

“No thanks, infection waiting to happen,” said one.

No thanks, infection waiting to happen.

However, they can be used time and again after they’ve been washed.

“£24.99 a pair? Seriously? Come on Bodyform, as if anyone can afford this? Joke!” declared one not-so-happy shopper.

“Not gonna happen is it!”

Has anyone used Period Pants yet?

“I’m loving mine so far!” said one Period Pants fan.

“Waiting for my delivery and I actually can’t wait for my period to start so I can test them,” said another.

A third added: “Looking forward to trying mine out.”

Others praised the brand for a more environmentally-friendly alternative to tampons and towels.

Head to our Facebook page @EntertainmentDailyFix and tell us if you’ve tried them.