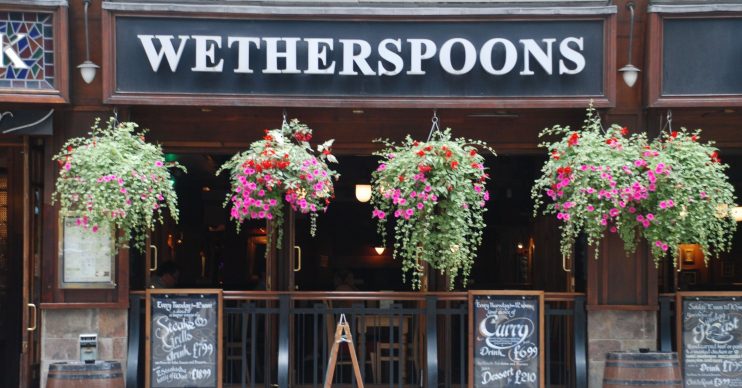 Comes after pubs closed due to coronavirus

Wetherspoons boss Tim Martin has told the pub chain’s 40,000 staff to go and find jobs at Tesco after Boris Johnson closed pubs due to coronavirus.

He also warned employees that they could face a delay in being paid.

In a video message to his staff, the Wetherspoons boss suggested staff found jobs in supermarkets to tide them over.

He said they would be paid for work carried out up until the forced closure.

However, going forward, he revealed that Wetherspoons won’t be paying staff anything while the pubs are shut – until the government fulfils its promise to pay 80 per cent wages.

Read more: Millions of Brits will get a cut in council tax due to coronavirus

He said he was happy for staff to stay at home and wait for the government payout.

However, if they chose to leave and work elsewhere, they would no longer be eligible for the government scheme.

Martin said: “We have had lots of calls from supermarkets, Tesco alone want 20,000 people to join them. That’s half the number of people who work in our pubs.”

He added: “If I’m honest, I say you can get the furlough payments and stay at home.”

The boss then said he thought it was a “good idea” for Wetherspoons staff to go and work in a supermarket.

He said: “If you’re offered a job at a supermarket, many of you will want to do that. If you think it’s a good idea, do it. I can completely understand it.”

The pub boss did say anyone who did go to work for a supermarket would be first in line to come back to work for Wetherspoons once the pandemic was over.

“If you’ve worked for us before I promise you we will give you first preference if you want to come back,” he said.

However, unions have heavily criticised Mr Martin for his comments.

Ian Hodson, president of the Bakers Food & Allied Workers Union, said: “He is ignoring the advice of the government to stand by your workers and instead abandoning them in their time of need.”

He added: “They need to pay rent, buy food and because of the low wages he’s always paid them will not have savings to depend upon.”

He is ignoring the advice of the government to stand by your workers and instead abandoning them in their time of need.

Calling his approach “selfish”, he added: “His selfish approach says unless the government puts money into my bank account today he’ll let the workers who have made him rich suffer.”

Ian concluded: “It is completely unacceptable.”

The Twitterverse seemed to agree, with #boycottwetherspoons trending on Tuesday afternoon (March 24).

Just seen #boycottweatherspoons trending on Twitter… 40,000 Weatherspoons staff laid off with no pay for 8 weeks by a company led by a man with a £300,000+ salary, who told them to go and work at Tesco… what a heartless *insert rude word here*

Anybody and everybody who works for #wetherspoons, I say use this lockdown time to bolster your CVs. It’s clear that they have zero regard for you as staff. Find a new job where you deserve basic respect. And leave the chain struggling. #boycottweatherspoons

One employee added “Been working there for nine months, never missed a day or skipped a day. Always cared about the future of the pub and this is how I get repayed?”