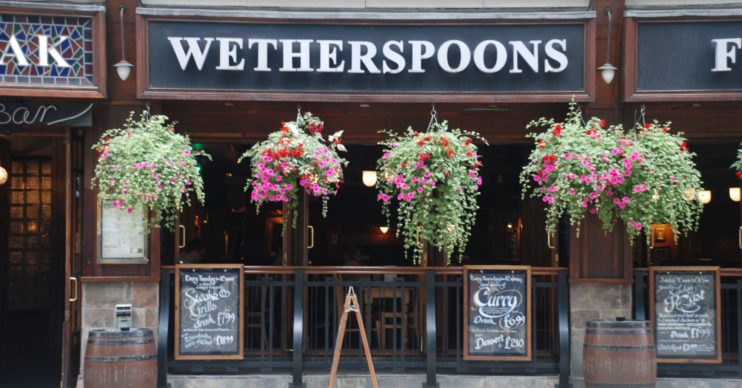 Pub chain Wetherspoons is set to reopen “in or around June”, according to new reports.

However, the news hasn’t exactly delighted Brits. Some have accused the chain, which has around 900 pubs, of putting “profit above lives”.

However, JD Wetherspoon spokesman Eddie Gershon has now revealed the company is in talks about how it’ll reopen its doors in line with government social distancing guidelines.

He told the Mirror that, while the pub has “no hotline to the government as to when pubs might be permitted to reopen”, plans are afoot.

“We are trying to make a plan for the future and are guessing they may be allowed to reopen in late June. However, that is just an estimate and may prove to be entirely incorrect,” he said.

I hope everyone’s planning to start boycotting Wetherspoons ‘in or around June’.

“Wetherspoon, like all pub companies, closed its doors when ordered to do so by the government – and will only reopen when it is permitted to do so,” Gershon confirmed.

The news of a potential Wetherspoons reopening wasn’t exactly met with glee on social media. Some even called for a “boycott” of the chain.

It came after pub boss Tim Martin furloughed his 40,000 staff and told them to work in Tesco.

“I hope everyone’s planning to start boycotting Wetherspoons ‘in or around June’,” said one.

“Anyone with common sense should not go anywhere near a Wetherspoons. Bad employer,” said another.

“Putting profit above lives,” blasted another.

“The irony is you hope it goes bust because of how he treated his staff. But if it goes bust those same people then lose their jobs,” said another.

Earlier this week, lockdown advisors claimed alcohol could be rationed when they reopened.

Professor Eyal Winter said Brits were “starving for pubs”. He said one option could be to get landlords to ration booze.

After two or three drinks, pub-goers would be asked to head home, thus limiting the amount of people in the pub at any one time.

Brits wished landlords “good luck” with the plan as they flooded Twitter with sarcastic comments.