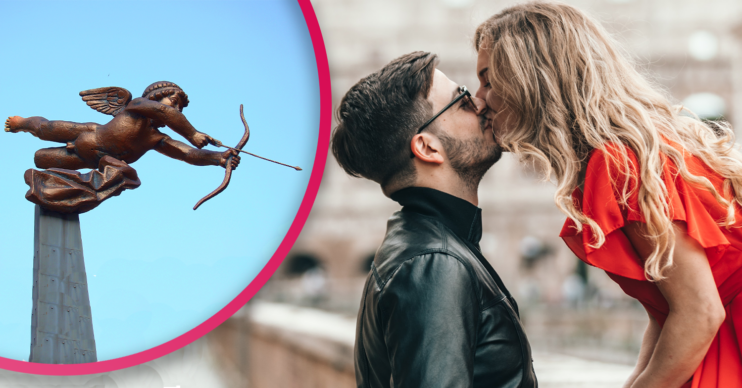 Valentine’s Day: The bloody truth behind the day of love

Hearts and flowers? It appears not!

Today marks Valentine’s Day – the day where all is right with the world and love prevails.

But have you ever wondered why we send cards, hearts, flowers etc to loved ones on February 14th every year?

And why we do it in the name of Saint Valentine? And who even is he?

Sceptics among you are probably saying something about it being a commercial holiday created by the greetings card industry. You’re not actually wrong.

Read on for everything you need to know about Valentine’s Day.

Who was Saint Valentine?

So the origin story of Saint Valentine is actually quite difficult to find. According to History.com, the Catholic Church has at least three saints with the name of Valentine.

One legend says that Valentine was a priest in ancient Rome.

The story is that Emperor Claudius II banned young men from marriage after discovering that men without wives made better soldiers.

As a result, Valentine was said to have defied the law, continuing to marry lovers in secret.

When his actions were discovered, he was sentenced to death.

Another story says Saint V was someone else, thought to be killed for helping Christians escape from Roman prisons.

Yet another legend says an imprisoned Valentine was responsible for sending the first ever Valentine after falling in love with his jailor’s daughter.

Legend says he signed the card, Your Valentine.

Whichever legend is true, it’s pretty much accepted that Valentine’s Day was born from a violent death.

Why is Valentine’s Day in February?

Some believe that the date in mid-February marks either the death or burial of Valentine. This is thought to have taken place around A.D 270.

Others say the date was picked by the Christian Church to “christianise” a pagan festival called Lupercalia, which was celebrated in the middle of February.

Lupercalia was a fertility festival dedicated to the Roman god of agriculture and Romulus and Remus, founders of Rome.

The festival involved quite a bloody ritual, where goats and dogs were sacrificed. The goat’s skin was then dipped in blood, before being taken to the streets and used to slap women.

Oddly, the womenfolk were quite into the ritual as they thought it made them more fertile.

Lupercalia was outlawed at the end of the 5th century when Pope Gelasius declared February 14 was Saint Valentine’s Day.

Why is today all about love?

Did you know that back in the Middle Ages, France and England believed that February 14 was the start of the mating season for birds? Now you do.

As a result, this added to the idea that the date should be used to celebrate romantic love.

Old English poet and original smut-pot, Geoffrey Chaucer, was the first to write about Saint V’s day as a day of love in his poem Parliament of Foules, which was written back in 1375.

He wrote: “For this was sent on Seynt Valentyne’s day / Whan every foul cometh ther to choose his mate.” Don’t spellcheck that, it’s ye olde English.”

So there you have it – a comprehensive, sort-of, history of Valentine’s Day.

So how will you be celebrating today? Head to our Facebook page @EntertainmentDailyFix and tell us.