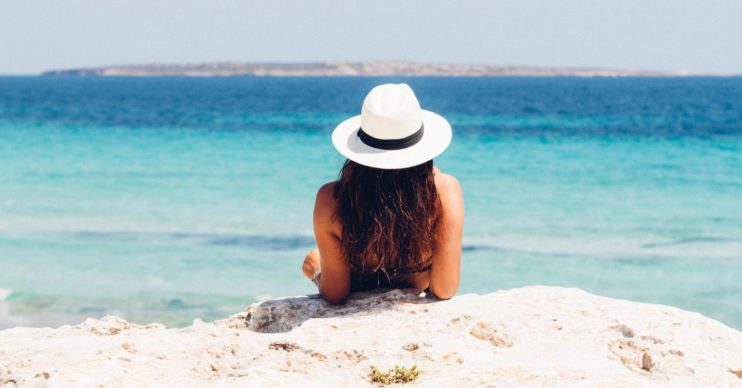 Kiss goodbye to your summer holidays for the foreseeable…

We’ve got bad news for anyone who wants to escape on a sunshine holiday. A top travel industry expert has warned international travel may not return to normal for another three years.

With the world on lockdown, Alexandre de Juniac, head of the International Air Transport Association, made the grim claim.

He said he doesn’t expert air travel to return to normal until 2023.

Speaking to ABC News Breakfast in Australia, he said the country has introduced a two-week quarantine rule for anyone returning from overseas.

Australians are therefore required to wait out their fortnight in a hotel, and this will effectively put an end to international travel for now.

The thought of the same happening in the UK has already been described as a “nightmare” by British travel bosses.

“What we have planned is to restart the industry, first by reopening domestic markets, then markets, such as Asia-Pacific, or Europe or North America,” said de Juniac.

“So we would lose something like half the traffic for 2020.”

Both Australia and New Zealand currently require international arrivals to be isolated for 14 days.

However, the 14-day period would surely act as a deterrent to any holidaymaker.

It’s a bad dream turning into a nightmare!

And, while Boris Johnson hasn’t said when they will be put in place here,  experts are worried.

Steven Freudmann of the Institute of Travel and Tourism said: “The industry is already in meltdown. A 14-day quarantine imposed on all overseas arrivals in the UK would have a devastating impact.”

He added: “Who is going to book a city break in Paris or Barcelona or a week in the Med, only to face a 14-day isolation period on their return?”

Freudmann also said bosses were unlikely to give Brits a month off so they could take a holiday.

“Which employers are going to grant a month’s holiday to those taking a two-week break? It’s a bad dream turning into a nightmare!” he said.

Mass quarantine upon arrival is in place in countries such as Germany, and it’s expected to be introduced here in June.

As a result, passengers will have to give an address where they will isolate.

Fines and deportation could be among the punishments for breaking the rules.

Earlier this week, Ryanair announced its plans to restart 40% of flights by July 1.

However, Matt Hancock said Brits should prepare to go without a holiday this year.