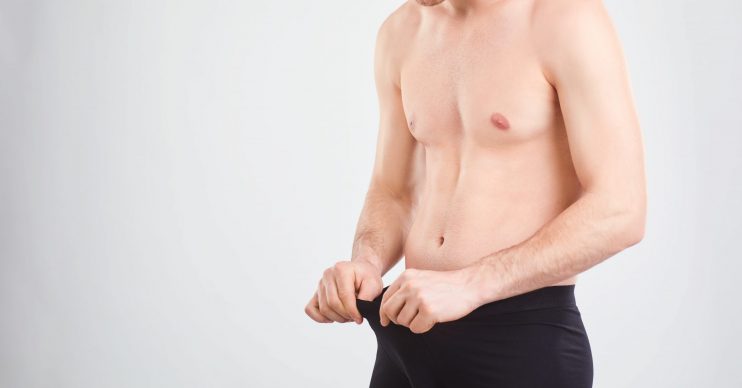 It's open to those who have or like a manhood under 5.5in

Men are apparently signing up at the rate of one every five seconds for a new dating site especially for those with a small penis.

Online dating site Dinky One launched earlier this week and is open to men, women and transgender people, and people of all sexualities.

The site is seeking to match guys with a penis measuring less than the 5.5in average with partners who prefer smaller manhoods.

After all, it’s not the size that matters, it’s what you do with it that counts.

The dating site aims to reassure men with a small penis and welcomes those with a micro-penis – one which measures less than 3.5in when erect.

The site blurb revealed: “If you think you have a smaller than average penis there’s no need to be embarrassed. At dinkyone.com every man has a below average penis size. This means anyone you date will be fully aware and you can avoid unnecessary pressure or anxiety.”

He said: “The adult entertainment industry only casts males with well over average-sized penises. All of this makes a man already insecure about his size even more self-conscious.”

So just who wants to date a man with a smaller-than-average penis? Many people, it seems.

After all, as we all know, it’s what’s inside that counts.

The website reveals that, just as there are men who are smaller than average, there are women who are also on the mini side.

These women can often find sexual intercourse painful, while there are also women who have a fetish interest in smaller guys.

Being a dominant women, the idea of man with a small d**k really appeals.

One of the men on the site also revealed that dating when you are smaller is “complicated”.

The 36 year old added: “A lot of my mates found their partners from friends of friends or via work. Imagine the situation when one of these relationships fails, she’s likely to mention my size to her friends and then gossip spreads!”

He continued: “Everyone in your office asking you: ‘Can you help me a little bit?’, ‘Do you have a small pencil I can borrow?’ Either everyone knows or you become paranoid. It’s therefore far better to date online with strangers and even better on a dedicated site such as Dinky One as everyone knows in advance.”

Judging by the success of the site in its early days, Dinky One only looks set to, ahem, grow and grow.

Would you date someone with a small penis? Tell us on our Facebook page @EntertainmentDailyFix.