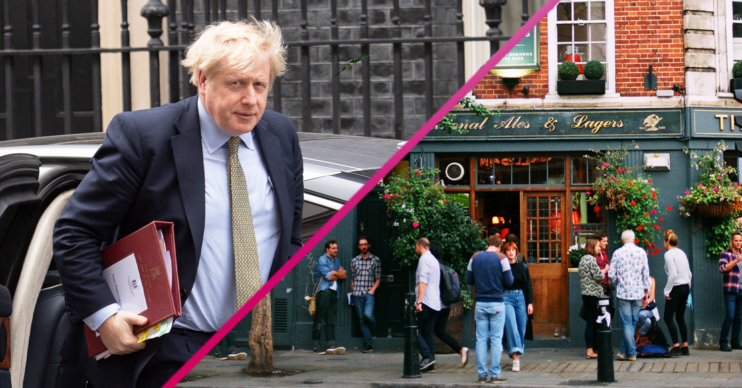 Pub bosses are laying the blame squarely at the government's feet…

Bosses of 50 pubs and breweries have joined together to issue a warning to Prime Minister Boris Johnson.

They have said that either he gives them a firm reopening date by Friday (June 19) or many will have to close forever.

Together, the companies brew nine in every ten pints drunk in Britain and run 20,000 pubs.

Saturday July 4 is the day pubs are scheduled to reopen, if it is safe to do so.

However, the date has not been confirmed by the government.

The mooted date is now just over two weeks away and, as such, brewers have started to make fresh beer.

This will largely go to waste if pubs do not reopen soon.

The letter, which was sent today (June 18), states that the government must now tell them when it is planning on reopening pubs.

Without a firm date they said they will have to cut staff and close some pubs forever.

The letter is signed by Emma McClarkin of the British Beer & Pub Association on behalf of companies such as Budweiser, Carlsberg, Heineken and Shepherd Neame.

Read more: Holly Willoughby fans are in love with her animal-print dress

It states: “Britain’s 47,000 pubs and 2,000 brewers have reached a critical moment and need a definitive date on when pubs can reopen.”

The letter added: “Our sector is burning through £100 million a month just trying to survive with no cash coming in. That is simply not sustainable. We need a date now to give us confidence and clarity on when we will reopen.”

Then came the crux.

Hundreds of thousands of job losses

“Without a confirmed date for reopening, our sector is going to have to make some big decisions this week on furloughed staff and when reopening is feasible, with a further wave of redundancies likely. Hundreds of thousands of jobs could be lost,” it stated.

“Our message to the Prime Minister is clear: stop keeping our sector in limbo. Give us the clear date we need for reopening, so our great British pubs can be ready to return and support our communities and the economy once more. The livelihoods of hundreds of thousands of publicans and pub and brewery employees in every corner of the UK hang in the balance.”

Pub bosses have said they need to decide whether to bring staff back from furlough this week.

They also need time to buy and install measures to protect against COVID-19.

Smaller pubs have also hit out at the government.

The tiny Twelve Taps in Whitstable, Kent, has slammed politicians for essentially putting the decision to reopen in their hands.

Everyone in this sector has been put in an impossible position. Our anger and frustration is directed squarely at the government.

In an Instagram post, it said: “One of the many problems with the guidance and rules that are being regularly issued (and changed) is that they are being left to businesses and individuals to oversee them.”

It added: “At the moment it feels like the government is making changes to lockdown restrictions based on the economy rather than public health.”

We keep being asked this question, so here is what we are thinking…

The post continued: “As much as we want, and need, our livelihood back, people are still dying.”

Another post stated that the pub laid the blame squarely at the government’s feet.

It read: “Everyone in this sector has been put in an impossible position. Our anger and frustration is directed squarely at the government.”