She returned to work today after a half-term skiing break with her family, but far from giving her a warm welcome back, Holly Willoughby's outfit choice was quickly criticised by viewers.

Fronting Monday's This Morning, the TV host wore a ditsy poppy-print dress with a huge white floppy collar by Ghost.

It costs £89 and is available in small, medium and large on the ASOS website.

Morning Monday... we are back... today’s #hwstyle💁🏼‍♀️✨ on @thismorning dress by @ghostfashion 🖤

The blurb states the mini will be your new "go-to" dress, but it seems viewers don't feel the same way.

Made from crepe and with a flattering tie waist, the dress was slammed on Instagram when Holly posted a picture of the dress ahead of the show.

Read more: Missguided updates its doggy clothing range and there are items both you and your pooch can wear

One declared the dress "matronly", while another said it was "granny".

"Holly I love your style, but not keen on this dress," said one of her followers.

They added: "Collar's too long for length of dress – would work better in longer length in my opinion."

"You look beautiful but dress is awful," said another.

"So sad that the collar on this dress is terribly matronly and unflattering on your beautiful body," said another. 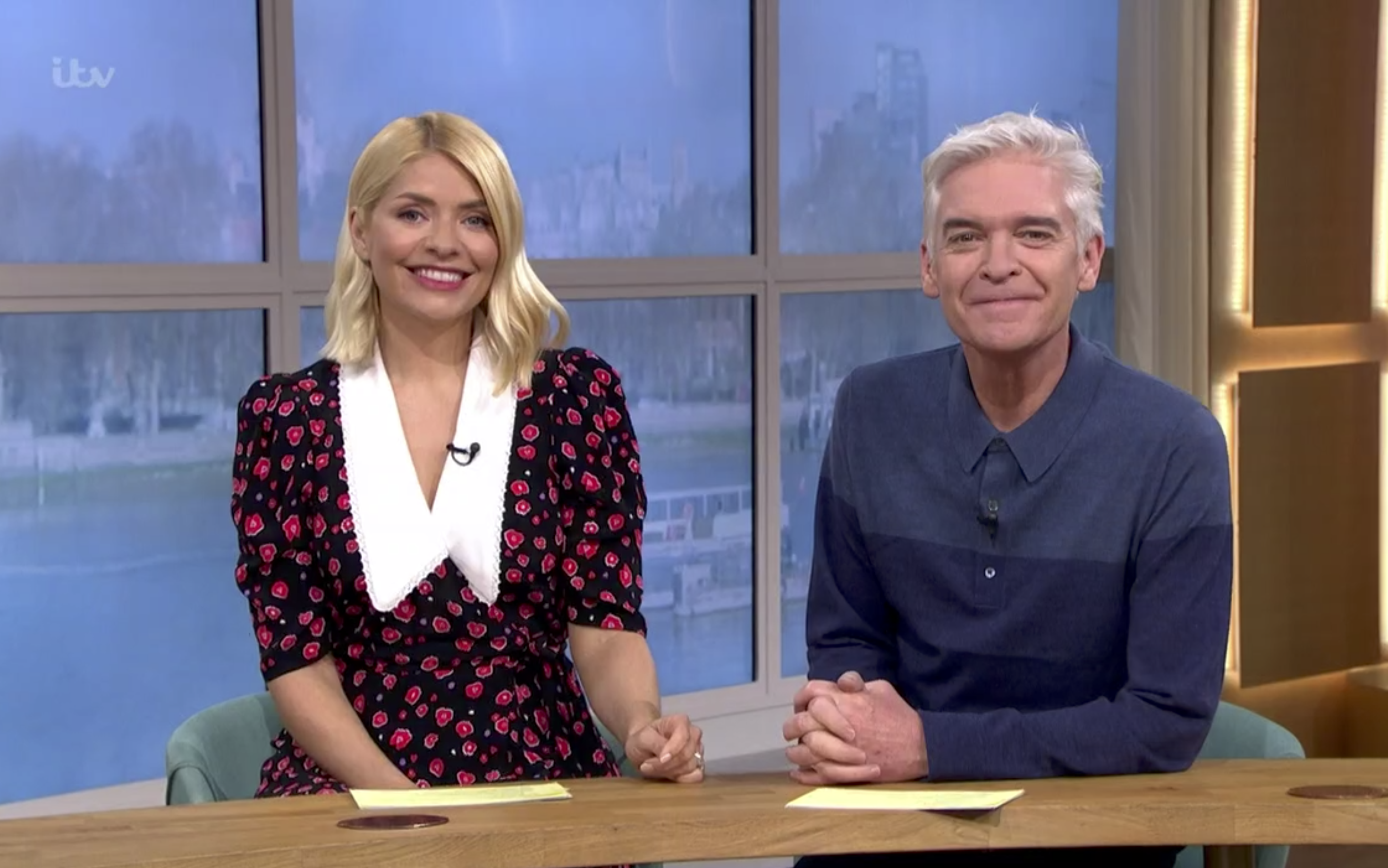 "Very granny Holly pops," declared another. "You are beautiful but a big noooooo to that dress."

Another said: "I hate to say I don't like it but it's very rare I dislike anything Holly wears. Just the collar and dark colours... it's a bit frumpy," said another.

"It's a bit of an old lady dress," another follower commented.

One user urged Holly's followers to be kind, but others pointed out that they had just taken a dislike to the dress, not the presenter herself.

"Everyone on every comment has said how beautiful Holly is," stated one follower.

Very granny Holly pops. You are beautiful but a big noooooo to that dress.

"Are we not allowed an opinion on a dress? Oh wait, the dress might take offence," they added.

Perhaps those who aren't keen on the criticism of Holly's look should steer clear of Twitter, where users have been pretty harsh about the dress.

Some likened it to "bacteria under a microscope".

Another dress hater went one step further though.

They likened the ditsy print on the dress to the killer Coronavirus that is currently claiming the lives of many around the globe. Some likened the print on the dress to bacteria (Credit: ASOS)

Perhaps not in the best taste, they said: "Coronavirus alert!"

What did you think of Holly's dress? Tell us on our Facebook page @EntertainmentDailyFix.