Christmas is for lovers of savoury treats, not just chocolate fiends.

Even though the bulk of advent calendars feature chocolate behind each sealed window, a cheese calendar was a huge hit with shoppers last year.

Building on the success of the calendar, So Wrong It's Nom has expanded its range and has released a cheese-filled Christmas cracker, a world first.

Inside the cracker there are two types of cheese, as well as a mini jar of chutney and oatcakes.

The cracker costs £3 and will be sold from November both in-store and online at Asda, Ocado, and Sainsbury's.

Not only are we adding more cheeses this year, but I’m finally unveiling my latest invention: the cheese cracker!

The sell-out product featured eight different varieties of cheese, including Cheddar, Red Leicester and Wensleydale with cranberries and ginger.

The popular calendar will be sold at stores Asda, Booths, Lidl, Morrisons, Ocado, Sainsbury’s and Waitrose from November and will cost between £8 and £10.

So Wrong It's Nom founder, Annem Hobson, says: "Thousands of people have supported my #CheeseNotChoc campaign, and I’m so proud of how far the cheese advent calendar has come.

"Not only are we adding more cheeses this year, but I’m finally unveiling my latest invention: the cheese cracker!" 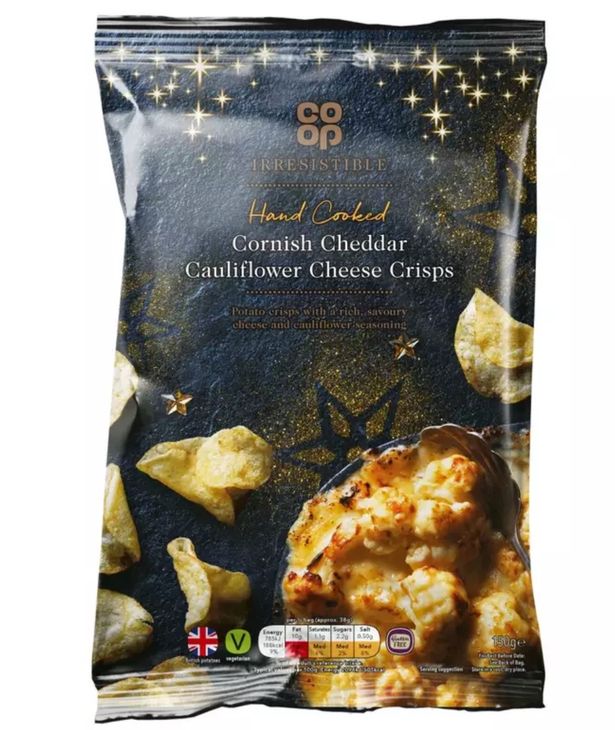 Elsewhere, the Co-op is getting in on the cheese act.

The supermarket chain has announced that it will be selling Cauliflower cheese-flavoured crisps this Christmas.

The store's hand-cooked Cornish Cheddar Cauliflower Cheese Crisps cost £1.70 for 150g sharer bags and are on sale in the run-up to the festive period.