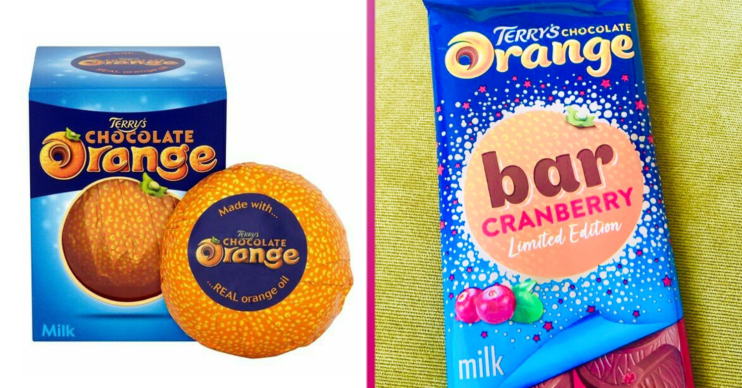 Fans of Terry’s Chocolate Orange are in for a treat as a new flavour bar has been released.

Traditionally a treat reserved for Christmas, this one is a limited edition, so we urge you not to wait till December if you do want to try it.

It does appear to be marketed towards the festive season, though, because the packaging features an orange surrounded by what appears to be snow.

The launch comes hot on the heels of the news that Tesco has already started getting its Christmas sweets in.

What flavour is the new Terry’s Chocolate Orange bar?

The post also revealed just where you can get your hands on it.

“Now available to buy at @morrisons,” it added.

The new bar appears to feature the same Chocolate Orange taste but with the addition of small cranberry pieces studded throughout.

I’m not sure how I feel about this but it would be rude not to try it!

“I’ve had one today – it was surprisingly nice,” said one early tester. “Love Chocolate Orange.”

“This sounds amazing!” said another.

“A trip to Morrison’s it is – I have to try this!” declared another.

“This just screams Christmas,” said another.

“Right in the middle of a heatwave,” laughed another.

Others said that, although they weren’t sure about the new Cranberry Chocolate Orange Bar, they would still be trying it.

“I’m not sure how I feel about this but it would be rude not to try it!” they declared.

“Will have to keep an eye out for that,” said another.

“It’s Christmas flavours but might not work,” another suggested.

Others accused Terry’s of ruining “a perfectly good bar of chocolate” by introducing cranberries into the mix.

“What a disgusting idea!” another slammed.

If you do fancy giving it a try, it’s available in Morrisons stores now!

Will you be trying it? Tell us on our Facebook page @EntertainmentDailyFix.