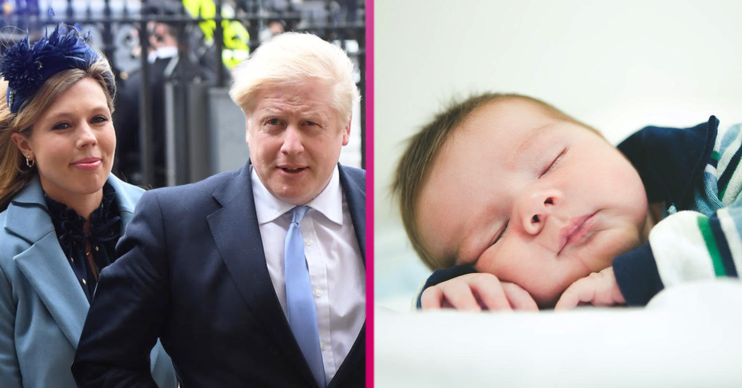 What will the PM name his new arrival?

The most popular baby names of 2020 have been revealed and speculation is rising as to whether the list will influence new parents Boris Johnson and Carrie Symonds.

The news of their son’s birth was announced on Wednesday morning (April 29).

However, as yet, the couple haven’t revealed their choice of baby name.

Will it be one of the most popular of the year so far?

While some of the names on the list are a little unusual, that shouldn’t deter Boris.

Boris is also reported to have another child with a former mistress.

Topping the list of baby boys’ names, according to Nameberry, is Asher.

Milo, Oliver, Levi and Silas round out the top five.

The site explained: “On the boys’ side, the biblical Asher retakes the number one spot from last year’s top boy name Milo, which moves down to number two.”

The name Cora has fallen out of the top 10.

“Cora, which we might have predicted would go all the way to the top of the list, may have been knocked out of contention by its similarity to corona,” the site said, likening the name to coronavirus.

Luna is the top girls’ name, with Aurora, Maeve, perennial favourite Olivia and Isla rounding out the top five.

Brits on Twitter had some ideas of their own when it came to Boris’s baby name.

“Maybe Boris should put the name of the baby to a public vote? They’ve served him pretty well in the past. Although I’m not gonna lie, I would immediately submit Baby McBabeface,” said one.

Another asked: “Is not Brexit Johnson the way to go here?”

Bookmakers have revealed the odds on the name of Boris’s new baby.

Wilfred – the PM’s grandfather’s name – is current favourite, while George and Thomas are also popular with punters.

Maybe Boris should put the name of the baby to a public vote? I would immediately submit Baby McBabeface.

Some 33% of Brits who have placed a bet, though, think Boris and Carrie will name their son Winston after former PM Winston Churchill.

Luis, the name of the nurse who helped to save his life as he battled coronavirus, is also thought to be a contender.