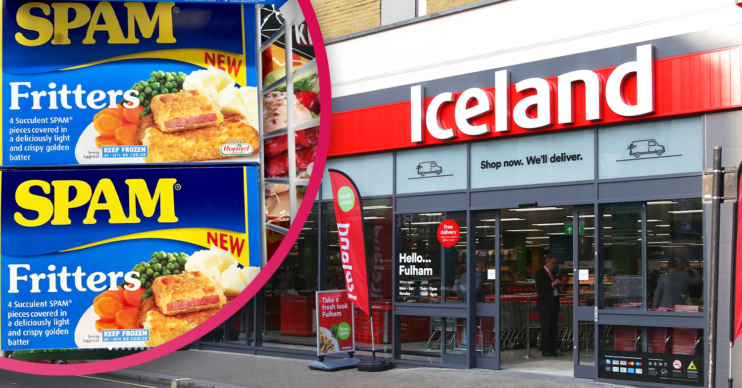 Earlier today (June 17), the store announced it was bringing back a cult classic.

Introduced in 1937, Spam – canned cooked pork – gained popularity worldwide after its use in World War II.

And Iceland appears to be hoping to capitalise on that sense of nostalgia with the new Spam Fritters.

New finds at @icelandfoods – swipe for all!

Spotted in store and shared on Instagram by Kev’s Snack Reviews, the breaded fritters have so far garnered a mixed response.

“God! Those Spam Fritters look bloody awful but I really want them,” said one.

“Let’s put on our next order!” another said.

If you feel the same, you’ll find them in the freezer aisle and online at Iceland now.

They cost £2 for a pack of four, meaning each fritter works out at just 50p.

God! Those Spam Fritters look awful but I really want them.

“Notorious for dividing opinions at the dinner table, the chopped pork and ham fritters are coated in a golden breadcrumb and have been likened to a sausage roll with a crunchier coating,” an Iceland rep revealed.

“Perfect with a side of chips and mushy peas, for a true nostalgic dinner,” they added.

Spam burger or curry, anyone?

However, it’s not just chips Iceland suggests you serve the fritters with.

Iceland also suggests you slice them and serve with what looks like a Wagamama-style katsu curry.

“The fritters are a great teatime throwback for all the family,” the rep said.

Spam made its way to British supermarket shelves more than 80 years ago.

And homemade Spam fritters quickly became a family favourite to rival the classic fish and chips.

Iceland’s fritters can be cooked straight from frozen in just 15 to 20 minutes.

However, there are some who don’t appear to be fans, no matter how they’re jazzed up.

“I like Spam but I’m not feeling this,” said another.

Looks like that particular mum won’t be going to Iceland…

Head to our Facebook page @EntertainmentDailyFix and tell us if you’re a Spam fan!