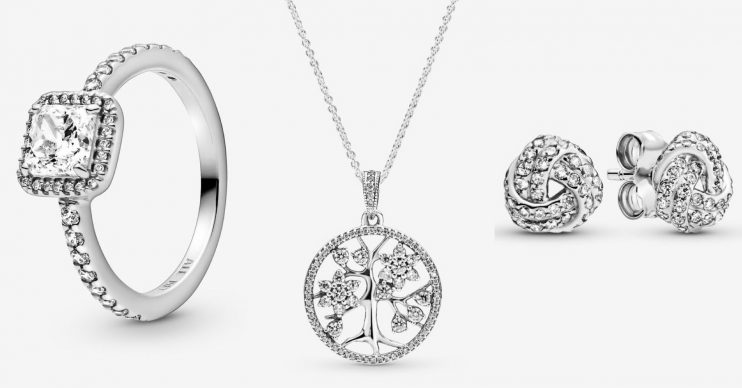 We know where we're shopping from now on…

We’ve got some very good news if you’re in the market for some new bling.

Whether you’re treating yourself, your bestie or maybe your mum for Mother’s Day, shoppers on Facebook group Extreme Couponing & Bargains have unearthed quite the deal.

If you’re a fan of jeweller Pandora – famed for its customisable charm bracelets, designer rings, necklaces and earrings – then you might want to have a little look at Warren James’s offerings.

And, while Pandora can be a little pricey, the Warren James pieces are in the sale – and we really are hard pressed to tell the difference.

Read more: Aldi is selling dupes of Kiehl’s and Elizabeth Arden skincare for less than a fiver

The bargain hunter posted: “After seeing the braid ring that was posted on here I went into Warren James to get one for my sister. I said about it to the girl in the shop and she said how many bits they do that are almost identical to Pandora.”

The savvy shopper added: “She showed me and let me take a few photos to compare them for myself and the price difference is insane! Will definitely be going into Warren James first from now on.”

The post quickly garnered almost 5,000 comments, with many people wowed by both the products and the price comparison.

“That’s because you’re paying for the designer’s name. Not much to do with the products themselves. Always shopped at Warren James,” said one fan.

“Surprising what people do for just a name tag – always loved Warren James,” said another.

“Unbelievable to think how much we spend in Pandora. Know where I’ll be going first,” said another.

“Some of these are lovely and not a bad prices either,” said another Warren James fan.

Surprising what people do for just a name tag – always loved Warren James.

“Wow! I know which one I would be shopping at,” exclaimed another.

“Some fab gifts!” said another.

There were some users who revealed they would be sticking to Pandora, though.

One said: “You’re comparing crystal to cubic zirconia in Pandora. Can’t really compare on stone value there. Same for most of these here.”

If you want to pick up a bargain, pop into one of the Warren James stores or head online and shop the sale.

Head to our Facebook page @EntertainmentDailyFix and let us know if you’re going shopping!