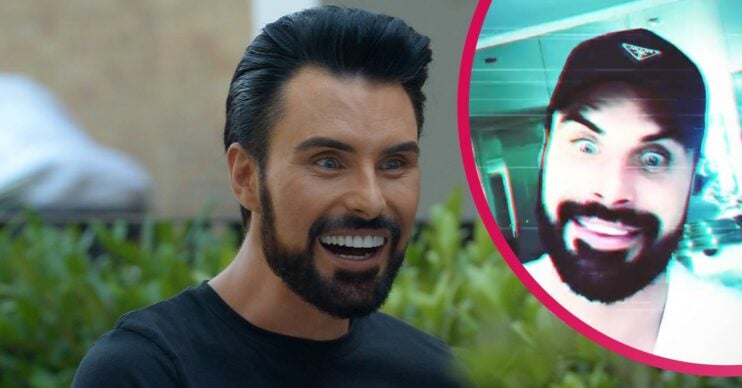 Rylan Clark gave fans a glimpse of his ‘new teeth’ after having recently undergone a smile makeover.

The 33-year-old presenter revealed to fans that he was going to be getting a ‘new smile’. He has been keeping his 1.5 million Instagram followers up to date with his recovery over the last few days.

He wrote: “After 8 years. It hurts, so much, but sometimes you just have to let go. I’ve taken the decision to say goodbye…to my teeth.” After a laughing emoji, he teased: “New smile imminent”.

Rylan Clark posted the tweet on his Instagram too, and fans and celebrities alike reacted with excitement.

“Sorry, but this is more exciting than the final of Strictly,” TV personality Kate Lawler commented.

“It’s the man behind the smile we love!” one fan said.

“Oh stop it. They are a national treasure! Can’t wait to see the new gnashers!” another said.

Now, a few days after his surgery, the Strictly: It Takes Two star has finally started teasing his fans with glimpses of his new teeth and new smile.

Yesterday, Rylan Clark posted short videos on his Instagram story of his now swollen face as he lay recovering on the sofa. He captioned the story with: “Still swollen.”

Then, under a flickering, colorful filter, Rylan gave fans a glimpse of his new teeth.

He then moves his hand away, revealing his pearly whites.

It’s difficult to get a good look at them due to the filter, but they look to be just as white and shiny as ever.

Have there been any more glimpses of Rylan Clark’s new teeth?

Today (November 19), Rylan Clark has continued to keep his fans updated on how his recovery is going. In a picture posted on his story this morning, he can be seen lying on the sofa with his face still a little swollen.

He captioned the picture with: “Still a bit hamster.”

In another short video on his story, Rylan enters his home gym. He smiles at the camera before the video ends, revealing his new teeth.

Rylan had had his old teeth in since 2013. Despite them being the butt of a few jokes, the television presenter has always been very good-natured about them.

In 2016, he admitted that his teeth became something he regretted. He said: “My biggest mistake was my teeth, but, to be fair, they’ve earned me a lot of money.”

Fans will be looking forward to seeing Rylan’s teeth without all the Instagram filters soon once he has fully recovered from his surgery.

What do you think of Rylan’s new teeth? Let us know over on our Facebook page @EntertainmentDailyFix.