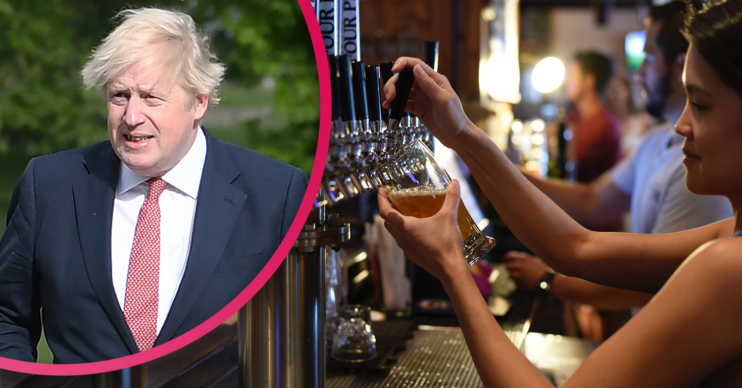 Things will look a little different, though…

Pubs in England could be allowed to reopen as soon as June 22, it has been claimed.

Ministers are said to be “desperate” to reopen pubs as soon as possible to save 3.5 million people from redundancy.

If they do reopen in two weeks, drinks will have to be served outside under social distancing guidelines.

As such, it’s thought those with beer gardens will be given the green light to reopen first.

Read more: The doughnut sandwich exists and you can get it delivered to your door

It’s also thought that customers would have to order their drinks via an app, with going inside to order at the bar banned.

Chancellor Rishi Sunak is said to be among a group of ministers calling themselves the “Save Summer Six”.

I am much more optimistic about that than I was. We may be able to do things faster than I previously thought.

They’re said to be hoping to get bars, restaurants and pubs reopened as soon as possible.

Prime Minister Boris Johnson is also said to be worried the economy is “falling off a cliff”.

Last week, business secretary Alok Sharma warned that jobs are on the line if the hospitality industry doesn’t open up soon.

With pubs shut since March, some 3.5 million people who work in them are said to be at risk of redundancy.

Boris Johnson is said to have replied: “Christ!”

While the government hasn’t committed to a reopening date, Whitehall sources have said June 22 is the date they are working towards.

However, Boris is said to be stuck between MPs who want the country to open up to speed up the economy and scientists warning of the potential risks of easing lockdown.

Last month, Boris gave hope to Brits missing a pint in the pub.

He hinted they could reopen this month during a Zoom call with government ministers.

Boris said: “It is really difficult to bring forward hospitality measures in a way that involves social distancing.”

However, he added: “But I am much more optimistic about that than I was. We may be able to do things faster than I previously thought.”

A trip to your local practice will be significantly different, though.

Dentists will wear PPE, staff will be behind protective screens and waiting rooms and bathrooms will be closed, one dentist told This Morning.