Nutella fans are in for a treat this Christmas, as their favourite spread will come in cute glass jars with festive themed pictures.

Even better, the jars will GLOW in the dark. 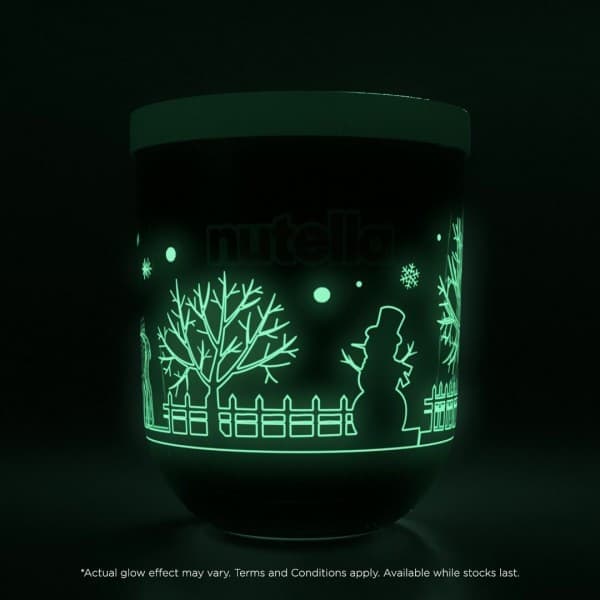 So once you've spread all that hazelnut cocoa deliciousness on your toast, or spooned it straight into your mouth (we're not judging), shoppers can wash out the glass jar and re-use it as a pretty ornament.

The 200g jars are currently being sold in all leading supermarkets, including Morrisons and Waitrose, who say shoppers can get "one of four limited edition glow in the dark jars" sent at random if ordered in an online shop.

How cool are the Nutella Christmas-range jars?? They glow in the dark! Wow so pretty 🥰 @NutellaGlobal #Nutella #Christmas pic.twitter.com/mn4cXsAiDL

The jar costs £1.70, no more than a usual jar of Nutella at that size.

The glass jars are also recyclable if you decide you can part with it!

Nutella aren't the only brand or company to get into the festive spirit with Christmas-inspired products.

Morrisons is now selling a mince pie flavour sandwich for Christmas, Asda is selling a Baileys advent calendar, and Lindt are selling their popular giant ball filled with chocolate truffles.

Aldi are also selling a whopping six litre bottle of Prosecco for the party season, but it needs at least two people to pour it!

Would you like to get your hands on one of the Nutella glow in the dark jars? Let us know on our Facebook page @EntertaimentDailyFix.