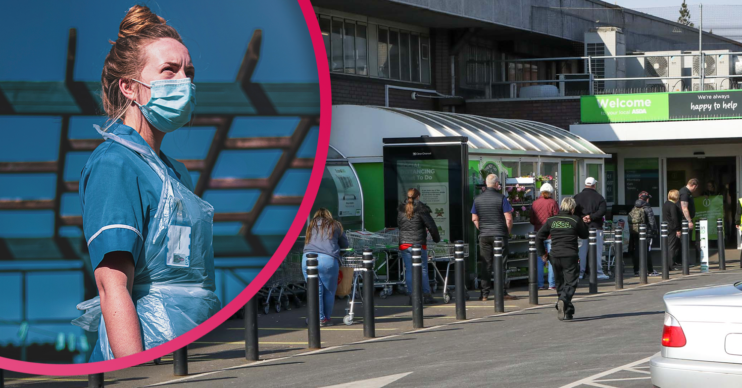 An NHS worker has been slammed for continuing to use her NHS pass to skip the queue at the supermarket.

Posting to Mumsnet, she asked what people thought about NHS staff “queue jumping” now lots of people were back to work.

And she perhaps didn’t get the answer that she quite expected.

The woman wrote: “As a lot of people are back to work now, what do you think about NHS staff queue jumping now?”

She added: “I’m NHS and have used the queue jump a few times – as the shops I’ve been to have advertised it – when the queue has been ridiculously long and I don’t have the time to wait in it, especially when you don’t know if the store has what you’re looking for.”

The woman continued: “Twice I’ve had staff be quite rude and sharp about it when asking, despite there being signs saying NHS priority queue and you can see the looks from people in the queue.”

She added: “I don’t know why they advertise it if they’re going to be snotty if you ask to use the service they’re advertising.”

The post concluded: “As most people are back at work now, not just NHS staff, do you still think it’s appropriate to use the badge to jump the queue?”

No I don’t think NHS should have priority. There’s plenty of food to go round.

No, it would seem.

“Suck it up buttercup”

“The situation was different in March and April when staff were being called to the frontline to deal with increased cases of COVID,” said one.

They added: “But now, things are a lot better, so the people still jumping queues are being very self-entitled.”

“Yeah sorry, it’s back to normal now for loads of people. Lots of people are at work properly – not from home. We don’t have flexibility either. Suck it up buttercup,” slammed another.

“No I don’t think NHS should have priority. There’s plenty of food to go round,” said a third.

Another added: “My dad is a doctor and my mum a nurse, they go to the supermarket on their days off just like everyone else as they find the whole queue jumping thing embarrassing.”

However, some were on the side of the healthcare heroes.

One said: “Ignore the snotty people. Seriously what is wrong with folk.”

They added: “The virus is still out there. With the mental stresses that NHS staff have experienced both being greater exposed to the virus and treating patients with the virus, then as far as I’m concerned you can queue jump as much as you want.”

Head to our Facebook page @EntertainmentDailyFix and tell us what you think!