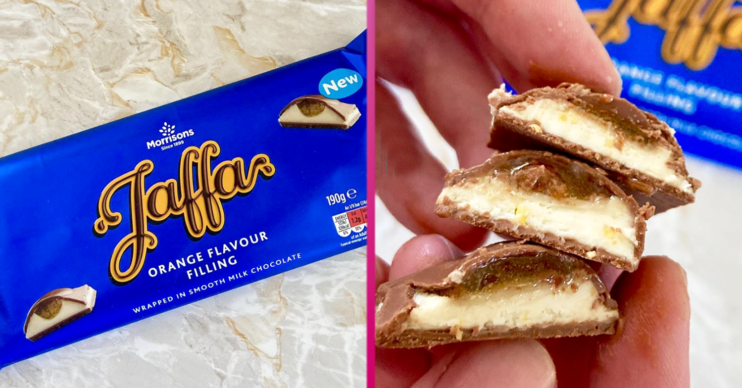 And early testers say it's made their life "complete"

The bar weighs in at 190g and features smooth milk chocolate with an orange-flavour filling.

And early testers say it tastes just like the popular McVitie’s biscuits.

NewFoodsUK stumbled upon the bar during a trip to Morrisons.

Posting two pictures of the chocolate to Instagram, it appears they loved it.

“This is so good! Legit tastes like Jaffa Cakes!”

NewFoodsUK then revealed the price.

I think my life may be complete!

“Take all of my money!” said one Jaffa Cake fan.

“This discovery has changed my life!” another declared.

“I think my life may be complete,” another added.

“I’m adding this to the shopping list!” said another.

“Want AND need!!!” said another with the love heart eye emoji.

“Mmmm I bet that’s nice! I’ll have to look out for it,” said another.

The Morrisons Jaffa Cake chocolate bar is the store’s second Jaffa Cake-inspired launch in as many weeks.

Read more: Reopening schools could cause a huge second wave

They cost just £1 for five and they contain just 99 calories per lolly.

They added: “They have already proven to be a hit amongst the Instagram glitterati, so customers will have to be quick if they want to get their hands on a box.”

And, it appears, the same could be said for the chocolate bar.

“Can confirm these are God tier,” said one early admirer on Facebook.

“We never spotted these yesterday,” said another tagging their pal.

We’re hoping that means they’re not yet in stock in all stores, rather than a Jaffa Cake chocolate bar sell-out!

McVitie’s Jaffa Cakes were first introduced in the UK in 1927.

They’re named after Jaffa oranges and feature a Genoise sponge base, a layer of orange flavoured jam and a coating of chocolate.