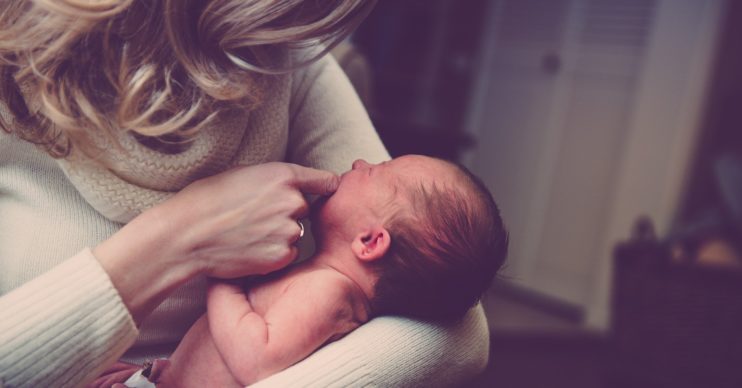 Where do you stand on the debate?

One new mum got more than she bargained for when she uploaded a post to online forum Mumsnet looking for support.

Asking Am I Being Unreasonable?, the woman revealed her anger at discovering her mother-in-law had posted pictures of her baby on social media without permission.

Not only that, the image formed her Facebook cover photo, which are public images and therefore not restricted to those on your friends list.

She said: “Am I unreasonable to feel very angry that my MIL changed her cover photo to a huge picture of my baby’s face without asking me first?”

Read more: Brits angry after being told to quieten down during Clap For Our Carers

The mother added: “I have never posted anything about my pregnancy or my baby on Facebook and I feel if anything does get uploaded onto social media/the internet it should be my decision.”

As a result, the mum said she found the fact it was the grandmother’s cover photo “very intrusive”.

The post concluded: “She also uploaded a photo of her holding my son, sat with her daughter and my partner (baby’s father). I was not even acknowledged in this post which I found quite hurtful. Am I being a bit sensitive here?”

The answer, sadly for the new mum, was a resounding yes.

“What do you think is going to happen to the photos now they’re on Facebook? This isn’t a big deal and you’re being very precious,” said one.

You’re being unreasonable for not asking her to simply take it down.

Another added: “It really wouldn’t bother me at all.”

A third commented: “You’re being unreasonable for not asking her to simply take it down.”

“Yes, I think you are being a bit sensitive,” said another, who pointed out the woman as probably just being a “proud grandmother”.

Others did back the woman up, though.

One said: “I would be upset too. I’m having a strict no social media policy. You don’t know who is looking at these pictures. Not everything has to be posted on Facebook.”

Another agreed: “Tell her to take them down or you’ll stop sending her pictures or letting her take them. Personally, there will be no pictures of my child on social media until they choose to put them there themselves. And this will be made very clear to all relatives.”

Where do you stand on the argument? Tell us on our Facebook page @EntertainmentDailyFix.