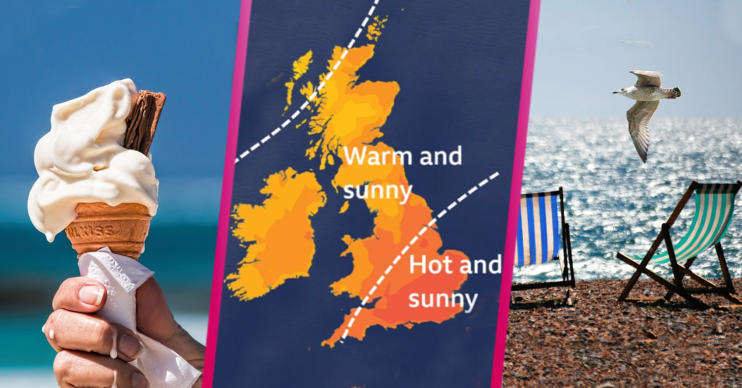 The Met Office has issued a health warning ahead of this weekend’s expected heatwave.

Temperatures are predicted to reach highs of 37˚C in the south, with the Met Office issuing a Level Two Heat Health alert.

What the Met Office warning means

As such, health authorities are telling the most vulnerable to take extra care in the “exceptionally hot weather forecast this week”.

Temperatures are expected to start rising on Thursday (August 6), with highs of 30˚C in the south-east.

Things will continue to climb until they reach the low 30˚Cs in the south of England by Friday (August 7).

And the mercury looks set to continue to rise, with The Sun reporting highs of 37˚C this weekend.

Meteorologist Marco Petagna said: “Things will get much warmer on Thursday, although there is a risk still of some cloud in the north west.”

The #heat will build this week, but it wont be hot everywhere…

However, there will be a slight north/south divide if you’re thinking of getting away for a staycation.

He added: “For the north and the north-west temperatures will be hovering around the mid-20s. But the real heat and the best of the weather will be down south.”

Computer models suggest a very warm or hot period from Thursday, lasting for as long as mid-month.

“African heatflare” on the way

The heatwave is thanks to a 700-mile plume of hot air, known as “African heatflare”.

It’s set to move across the UK, with forecasters saying it could “rescue summer”.

Unlike the short burst of hot weather at the end of last week, the heat will be a bit more prolonged towards the end of this week#Heatwave thresholds will be exceeded in some parts of the UK

The warm weather is expected to last into next week, although the heat is due to break around the middle of next week when thunderstorms are predicted.

Head to our Facebook page @EntertainmentDailyFix and tell us how you’ll stay safe in the sun.