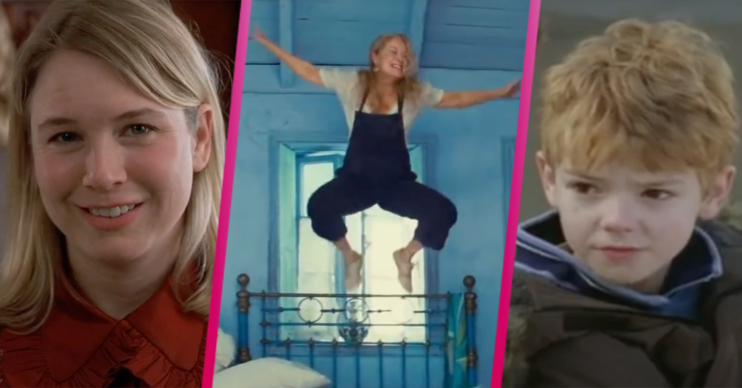 Film night was a total escape from the pandemic for many

McVitie’s has celebrated the launch of its Blissfuls biscuits by uncovering the most joyful film of the past 25 years.

The biscuit kings conducts the survey, asking Brits to pick their favourite film of the past quarter of a decade.

The survey ties in with the launch of the McVitie’s team up with Uber Eats and the launch of its Biscuit Butler, which will see the new Blissfuls delivered to your door on a silver platter.

McVitie’s announces most joyful film of past 25 years

The most joyful film of the past 25 years has been unveiled as Abba music Mamma Mia!.

It follows young bride-to-be Sophie Sheridan as she decides to invite three men to her wedding in an attempt to discover if one is her father.

Some 39% of participants ranked the musical as their go-to flick whenever they’re in the mood for an uplifting watch.

The 2003 festive favourite landed in second place with 38% of the vote.

Coming in third with 32% was the 2017 musical The Greatest Showman, while 2001 rom-com Bridget Jones’s Diary, starring Renée Zellweger, came fourth with 29%.

Completing the list of top 10 most joyful films was Paddington 2, Shrek, Up!, School of Rock and Elf.

Movie nights an escape from the pandemic

The survey also showed that 87% of Brits had used home movie nights as an escape from the stresses of the COVID-19 pandemic.

Among those polled, 50% indicated a preference for getting snacks delivered directly to their sofa.

And that’s where McVitie’s comes in with its new Biscuit Butler.

The tie-in with Uber Eats will allow people in London, Birmingham and Manchester to order the snacks, delivered on a silver platter, from February 9 till 11.

“We all love a night in with a good movie or binge-worthy boxset, our favourite treats on hand,” McVitie’s rep David Titman said.

“McVitie’s Blissfuls were made with just these moments in mind, as the perfect indulgent treat to elevate your evening in.

“We hope they bring a bit of bliss to all biscuit fans – we think they’re just too good not to share!”

So is Mamma Mia! your favourite? Head to our Facebook page @EntertainmentDailyFix and tell us.