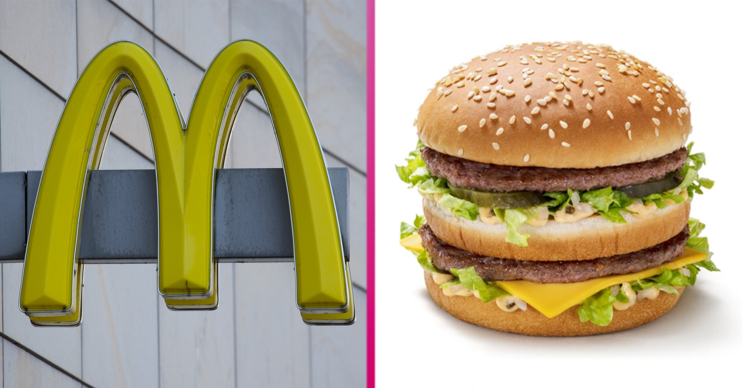 And breakfast is returning too!

Burger chain McDonald’s has announced when it’ll start to reopen stores for takeaway and walk-ins.

All McDonald’s stores closed back in March when Boris Johnson announced lockdown.

In recent weeks, the chain has been opening up its branches for McDelivery and drive-thru, with people queuing for hours to get their Big Mac fix.

Now, with lockdown easing further, the chain has announced the next step.

The plan is to start by opening 11 Roadchef service stations next week.

“On June 17, we’ll reopen 11 Roadchef Service Stations for takeaway as we welcome you back inside our restaurants for the first time since March,” the statement read.

We’re getting ready to reopen for takeaway, starting with 11 Roadchef service stations next week, we’ll confirm the locations nearer the time. pic.twitter.com/OCXPUZDWOt

“We’ll review our new processes and then roll-out gradually to high streets, towns and city centres across the UK and Ireland from 24th June onwards,” it added.

McDonald’s said to ensure customer safety, a series of new measures would be introduced.

The chain will “maintain the wellbeing, safety and sanitising measures already introduced to our drive-thru and McDelivery restaurants – including Perspex screens, disposable gloves and face coverings”.

It’ll also introduce a “one-way system with clear signposting and floor markings”. It said that will enable social distancing in its restaurants.

We’ll reopen 11 Roadchef Service Stations for takeaway as we welcome you back inside our restaurants for the first time since March.

McDonald’s will also limit the number of customers allowed inside restaurants at any one time.

It added it will also “ask you to sanitise your hands on arrival and to not visit if you feel unwell”.

McDonald’s will also continue to serve a limited menu.

And, in good news for McDonald’s breakfast fans, the Egg McMuffin is also making a comeback.

“If successful, we hope to reintroduce the much-missed McMuffin across the UK and Ireland later in July,” it said.

“We will confirm which restaurants nearer the time,” the post concluded.

Head to our Facebook page @EntertainmentDailyFix and tell us if you’re excited it’s reopening.