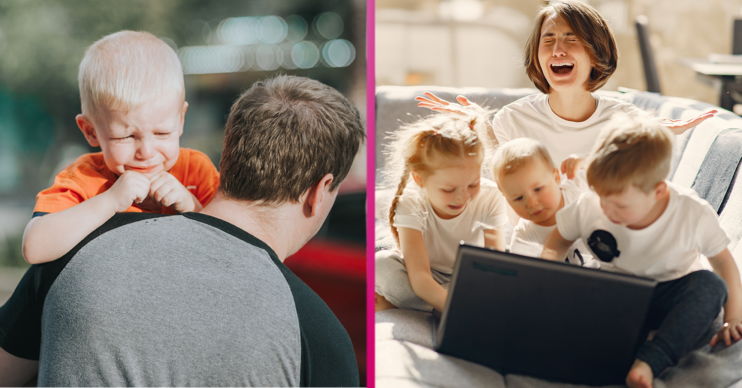 New research lifts the lid on parenting during the pandemic

More than half of British parents have admitted they have found lockdown stressful.

With the nation currently in its 12th week of lockdown, it appears as if tensions are rising in the home.

New research shows that 55% have found the time stressful.

A further 30% also admitted it has put a strain on family relationships.

The research, which surveyed 1,034 parents, was carried out by Mumsnet for Luxury Family Hotels.

Mumsnet founder Justine Roberts said: “Lockdown has had huge impacts on just about every aspect of family life.”

She added: “For some, lockdown has undoubtedly been a terrible experience.”

For some, lockdown has undoubtedly been a terrible experience.

More than half (53%) admitted they were desperate for a change of scene. Others were keen for someone else to take over the cooking.

Almost 30% of parents admitted they were craving some “me time”, with 21% looking forward to having their children looked after by someone else.

One fifth just want some peace

One fifth of Brits can’t wait to be able to read a magazine, book or paper in peace.

With limited opportunities to socialise and schools shut to most pupils, 69% say their children have spent too much time on screens.

However, the survey also showed that many believe lockdown has been good for the family unit.

A whopping 80% of parents said they have enjoyed the additional time spent together as a result of lockdown.

Read more: Woman slammed for putting mayonnaise on her fry up

And three quarters of Brits (76%) said their children have enjoyed the additional time spent together.

Meanwhile, 67% said lockdown has brought them closer together as a family, and 70% said it has made them reevaluate what’s important in life as a family.

“Among those parents who have been able to stay at home, the familiar worry that they just don’t spend enough quality time with their children has been wiped out in one dramatic stroke,” Justine revealed.

She added: “This survey shows that for many, the time spent together has been transformative. It will be interesting to see whether families make long-term changes to reprioritise their time when restrictions start to ease.”