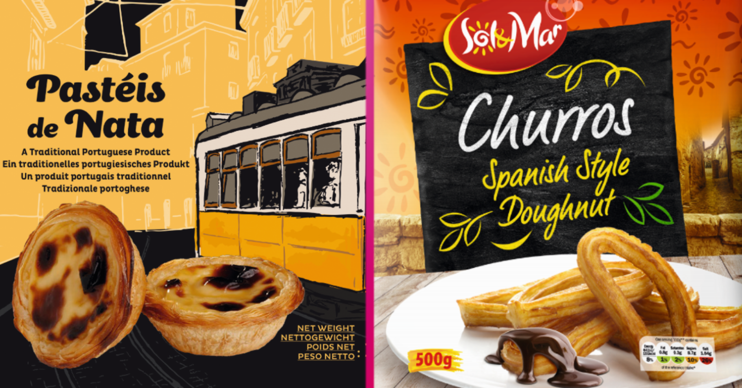 Next best thing to flying off on hols!

The classic Spanish treat has a doughnut-like texture and is made using choux pastry.

Coated in cinnamon sugar, they flew off the shelves this time last year.

And the supermarket says it expects the same will happen this time around.

All you’ll need is melted chocolate, toffee sauce or Nutella hazelnut spread to dip them in to – and they’re ready to devour.

“Lidl’s churros are amazing!” said another.

Why let a pandemic come between yourself and a decent custard tart?

“Lidl has churros on at the minute,” informed another, adding: “You’re welcome!”

Another said: “Lidl stocking churros is the best thing to ever happen to me. I am stockpiling.”

“Perfect pick me up”

In good news for those with a sweet tooth, Lidl is also launching frozen Portuguese custard tarts.

“Perfect for a little afternoon pick me up or an after dinner treat,” said Lidl.

It would seem Brits agree, as shoppers have already stated stocking up.

Well, it’s not like we can head to Spain or Portugal to pick up the real thing…

Read more: After Eights flavoured with mint and strawberry go on sale in the UK

“Thank goodness for Lidl’s pasteis de nata, now being wolfed down with a cuppa,” said one fan.

“The bakery at Lidl couldn’t keep up with demand today, so instead of ready-to-eat pasteis de nata, we’ve ended up with a tray of frozen ones and instructions for how heat them up at home,” one shopper revealed.

She added: “Why let a pandemic come between yourself and a decent custard tart?”

” Lidl’s are the BEST I’ve tried outside of Portugal,” another confirmed.

We know what we’ll be putting on our list next time we need an essential food shop!