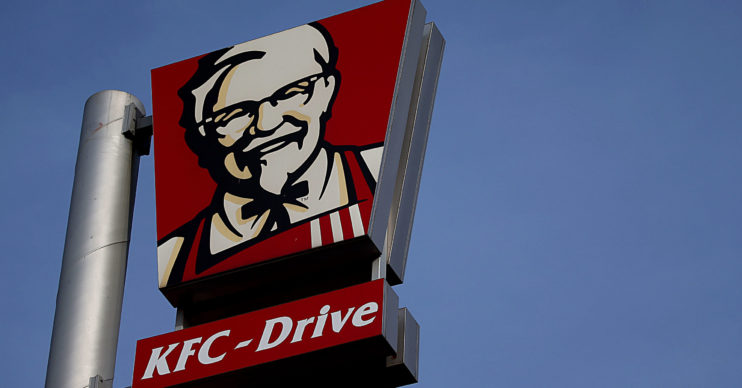 One woman spent almost £100 on chicken!

Fans of KFC caused “absolute bedlam” as the finger lickin’ chicken chain reopened 55 of its drive-thrus.

Clearly desperate for their Bargain Bucket, “100 plus” cars were seen in queues that snaked around the block outside some of the open stores.

People queued for more than an hour and police were called to one restaurant after KFC fans caused a roadblock.

“KFC at Preston Docks has been open a few hours, the queues for the drive-in are so big they are blocking main roads and the police have turned up and closed it.” said another.

One hungry customer is even said to have spent almost £100 on food from their local branch in Exeter, Devon Live reports.

Yesterday (May 5), KFC announced that 55 of its restaurants were open for drive-thru.

Restaurants have opened in places such as Birmingham, Swansea, Newcastle, Norwich, Glasgow, Manchester, Kent and London.

Read more: Surrey residents told to quieten down after Clap For Our Carers noise complaint

They are, however, serving limited menus and operating reduced opening hours.

The drive-thrus are open between midday and 9pm, seven days a week.

Customers still can’t eat inside the restaurants, and are being urged to order a delivery if possible.

However, the news hasn’t gone down well on Twitter.

“It was a bit worrying that one takeaway opening means thousands abandon safety for some chicken,” said one Brit, who branded KFC “irresponsible”.

Another agreed: “It is madness. I know KFC needs to make money, but just open it to delivery only. Just stupid to allow this.”

“I can’t believe that anyone finds McDonald’s/KFC that amazing to queue for hours when they first open. Learn to cook!” blasted another.

“What kind of saddo queues up at KFC for two hours just because they open their doors for first time in weeks?” asked another.

Seeing photos of the queues for KFC in Swansea today….. really, is your need for popcorn chicken THAT great?!?
I would love a Big Mac, but you won’t see me queuing around the block for one when they open in my area during a national lockdown.

Not sure how KFC and the likes are getting away with drive-thrus being open if everyone is still consigned to “essential” travel only. Not sure waiting for a Wicked Zinger box meal in a queue three-mile long is sticking to guidelines 🤣🤣

A statement on the KFC website revealed: “An update from The Colonel: We’re reopening in a responsible way, this means we’ll be serving a limited menu to help the smaller kitchen teams maintain social distance.”

It added: “If you’re not near one of our open restaurants, never fear. We’re working hard to reopen more over the coming weeks.”

It is madness. I know KFC needs to make money, but just stupid to allow this.

The statement concluded: “We just want to offer a little more choice to those who are already on the road for essential journeys or on their way home from difficult shifts.”

Boris Johnson’s lockdown – which was announced in mid-March – saw the chain forced to close all of its UK eateries.