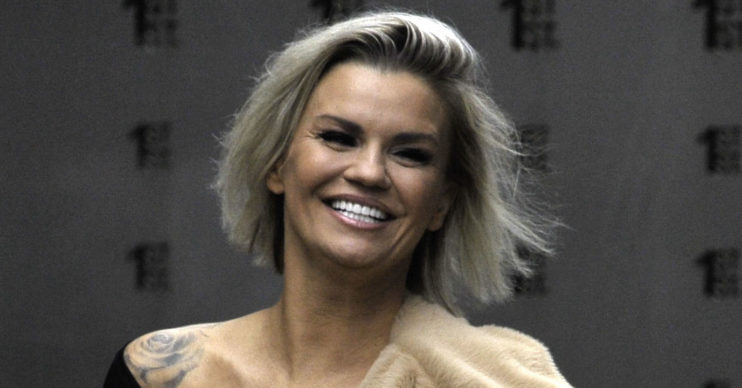 Mum-of-five Kerry Katona has showed off the results of her stunning body makeover and revealed she’ll be spending the rest of the week in her bikini.

We can’t say we blame her.

Not only does she look sensational in the two-piece – which showed off her abs – it’s also set to be the hottest week of the year so far.

Posting two shots of herself wearing a lilac bikini, Kerry’s followers commented that she looked “stunning”.

@oceanus_swim will be wearing this most days this week with the weather so hot! 🌞🌞🌞🌞🌞🌞 #ad

With her blonde hair teased into curls, Kerry posed up against a white wall at her home.

She showed off her new trim shape in a pretty lilac and black printed bikini by Oceanus.

The Gigi two-piece costs £135 and is also available in black and white.

However, all anyone was looking at was the killer body filling the bikini!

And, as well as looking great, Kerry has revealed that she feels better than ever too.

Others commented with the fire emoji and said: “Looking hot!”

It’s been a real weight-loss journey for Kerry, who has struggled with her weight over the years.

Earlier this year it was claimed that she had lost two stone and dropped to a size 8.

Recently she overhauled her diet and fitness routine and has been proudly showing off the results of her hard work on social media.

Kerry has stopped smoking and drinking alcohol and has taken up yoga.

She practises daily – getting up at 5.30am every day to follow free 20-minute yoga workouts on YouTube.

Kerry revealed: “While doing yoga every morning without fail I’m really seeing and feeling the benefits.”

The former singer told OK!: “I’m being such a health freak at the moment, it feels like I’m poisoning my body when I have a drink!”

Dating personal trainer Ryan Maloney also has its perks as he’s been a huge motivator for Kerry.

She’s even joked that their sex life has helped her to get in shape.

Not gonna lie, my confidence has gone through the roof.

“Let’s face it, it never hurts to be sh***ing a personal trainer!” she quipped.

Perhaps most controversially though, Kerry – who has gone under the knife for cosmetic surgery in the past – has admitted to using slimming injections.

Posting a shot of herself in a bikini over the weekend, she tagged SkinnyJab in the post and said: “Not gonna lie, my confidence has gone through the roof.”

Not gonna lie my confidence has gone through the roof @skinnyjab ❤️❤️❤️❤️

And, Kerry has previously revealed that working on her mental health has paved the way for her body transformation.

She told her followers: “Please remember it always starts with your mindset! I really do believe because I’m in a good head space everything else will fall in to place!”

Head to our Facebook page @EntertainmentDailyFix and tell us what you think of our story!