Chocolate and cake surely go hand-in-hand on your birthday and now you can combine the two – in a KitKat!

The news that the new KitKat Birthday Cake flavour is launching in "early April" has filled us with nothing less than glee.

It looks entirely delicious – not least when it's stuck into the top of a mouth-watering birthday cake in Nestle's promo pictures. 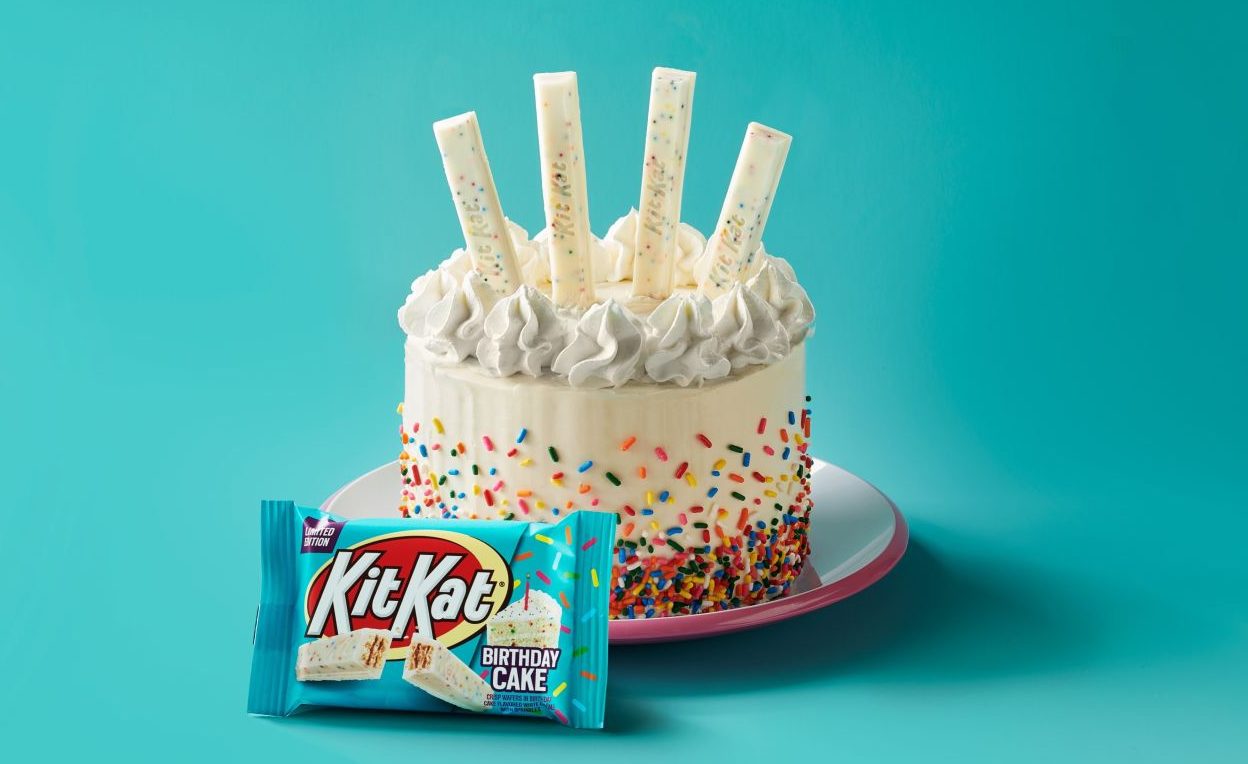 KitKat Birthday Cake flavour is due for release in April (Credit: Hershey)

The new four-finger bar is set to be limited edition, so you may want to stock up when it is released.

Launching the bar, the makers said KitKat Birthday Cake features the original (and the best) KitKat wafer smothered in white crème flavoured with vanilla and decorated with crunchy sprinkles.

KitKat has returned to the table with an absolute BANGER. When I say banger, I mean it fully.

"How can you have birthday cake without sprinkles?" a rep said.

They added: "It has a fantastic flavour, and there’s that colour and visual element." 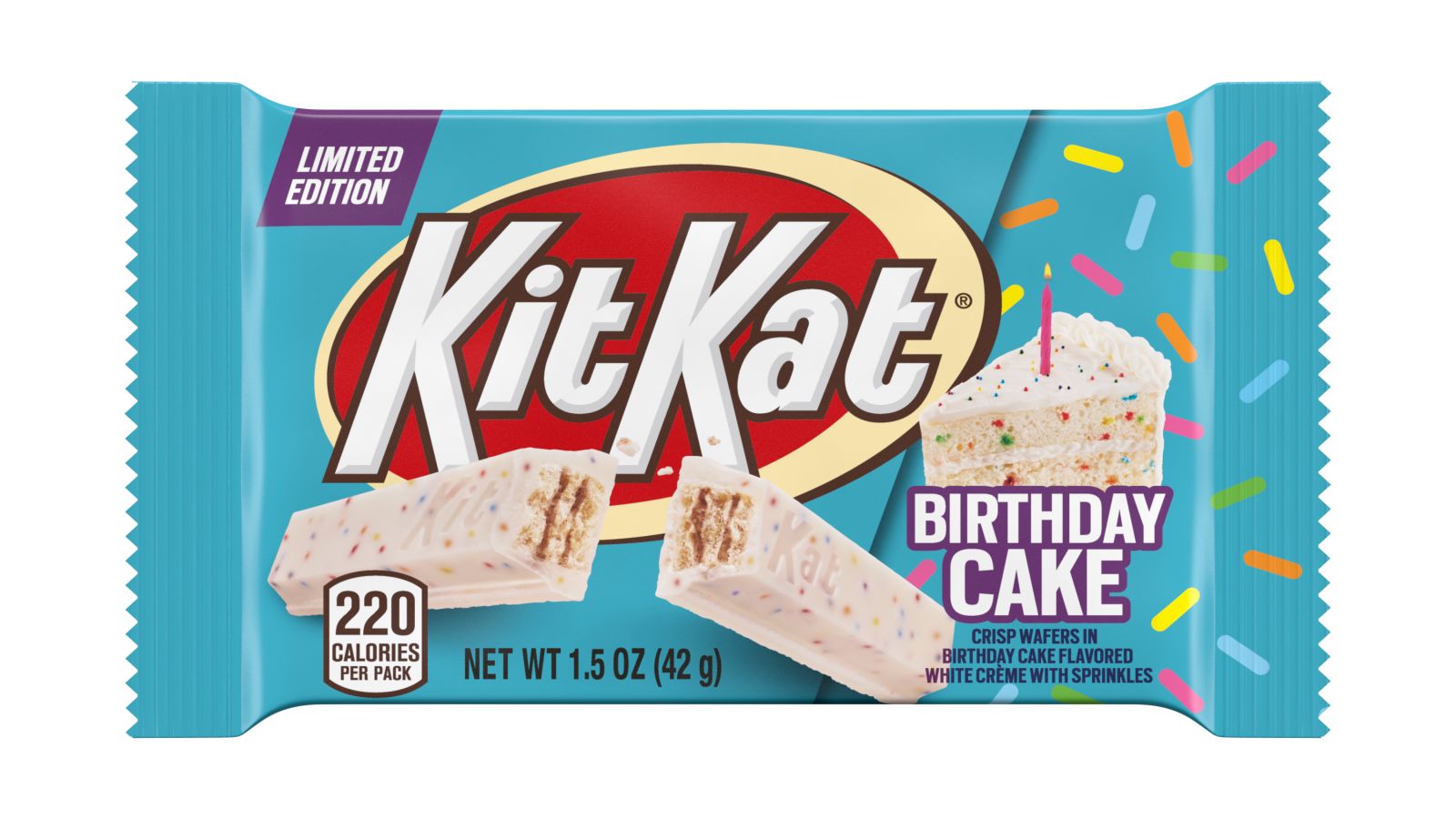 Early testers say that, like most birthday cakes, Birthday Cake KitKat is best eaten in moderation.

It’s apparently very sweet and the sprinkles are said to give it a nice crunch.

Foodie blogger Junk Food Leaks revealed: "KitKat has returned to the table with an absolute BANGER. When I say banger, I mean it fully."

They added: "The KitKats themselves are a bit harder, as milk chocolate and confection are different, but moving past that, you're delighted with an impeccable crunch, and flashbacks to eating spoonfuls of funfetti cake frosting right out of the jar."

A soon-to-be fan commented on the news and said: "That makes me so happy!"

They added: "The white chocolate KitKats are the best and the Birthday Cake ones are going to be even better."

Another added: "They seriously look so delish!"

Kit Kat Birthday Cake are coming (expected in April)!! Last month I had the pleasure of being one of the folks invited to preview this exciting new Kit Kat flavor and today I can finally share the excitement! Woo-hoo!! 😄😄 @KitKat_US #kitkat #birthdaycakekitkat 🎂🍫 pic.twitter.com/lMkpuUQOjU

However, now for the bad news, the Birthday Cake KitKats are the brainchild of the American arm of KitKat makers Nestle and are produced by The Hershey Company.

As such, it's not known if the KitKat Birthday Cake bars will be available to buy in UK supermarkets.

ED! has contacted Nestle's UK reps to find out more, and we're more than sure that online choccie importers will have the snacks online to buy in the UK soon after they launch.

Head to our Facebook page @EntertainmentDailyFix and let us know if you like the look of the new bar.