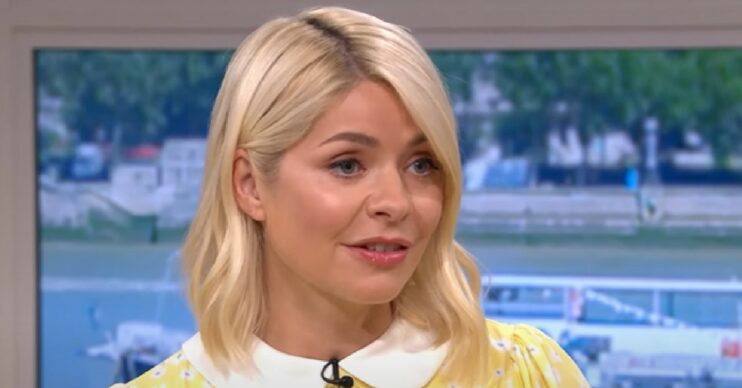 Holly Willoughby left This Morning viewers baffled with her choice of dress today.

The ITV star regularly impresses viewers with her dresses on the show.

However, sadly for Holly, the dress she had picked out for Wednesday left many fans questioning her taste level.

So much so, that a handful raced to Twitter to claim that it looked like Holly had raided the toddler’s section.

On Instagram, Holly revealed she was wearing a yellow patterned dress from Gaâla.

It featured puff sleeves and a white collar feature.

“Surprised Holly isn’t wearing these to match her outfit…,” tweeted on viewer alongside a picture of some frilly children’s socks.

A second said: “Why is Holly dressed as little Bo Peep?”

“That’s a nice dress for a 5-year-old,” laughed a third viewer.

Why is holly dressed as little bo peep #thismorning

Meanwhile, a fourth tweeted: “Just my opinion but Holly’s dresses are like something you’d dress your little girl in.”

However, thankfully for Holly not everyone disliked her ensemble for the day.

Another gushed on Instagram: “In love with this dress.”

A third commented: “Holly, you look gorgeous in that dress. If they make a new Alice in Wonderland film you should get the part.”

Holly’s dress isn’t the only thing she has faced criticism for recently.

Holly was just one of the famous faces on board the celeb buses at the Platinum Jubilee Pageant on Sunday.

Some of Holly’s Instagram followers spotted what they called “bad vibes” coming from the star as she posed atop the bus.

Fans claimed that Holly’s seemed annoyed that her selfies were interrupted by reporter AJ Odudu.

Meanwhile, others suggested the ITV star could be seen “rolling her eyes”.

“Missed the eye rolling when the reporter came to you whilst you were trying to take selfies hmmm,” said one.