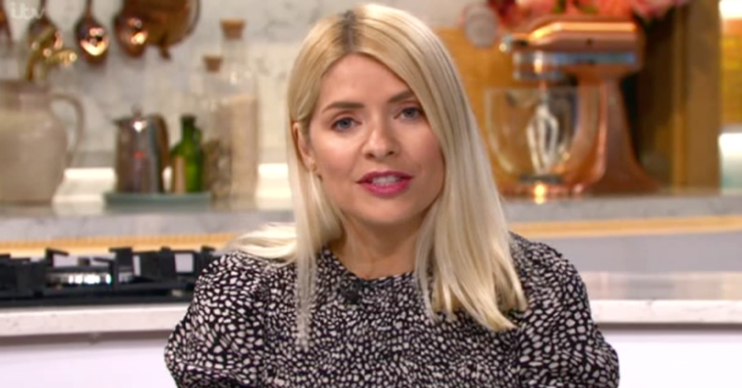 Usually the presenter’s fans are treated to a picture just before Holly goes live on air on the ITV daytime show.

In the shot, which she captions #HWstyle, the star details what she’s wearing.

And usually the next we see of the gorgeous blonde is when she appears on screen alongside her co-host Philip Schofield at 10am.

However, this week things have been different.

Yesterday (July 7), Holly took to Instagram to ask her followers what they thought she should do with her hair post-lockdown.

Today, she’s asked for more advice – and this time it’s something that Holly surely knows everything about.

Yes, the beautiful star has actually asked her fans for beauty advice.

Posting to Instagram, she said shared a selfie of herself with coral lippy on her top lip and plum on her bottom.

The star also explained why she needed help using a series of hashtags.

Holly revealed her brain was “fried” and posted that she “can’t make any more decisions”.

As the star gears up to take her summer break from the show, it certainly appears as if she’s in need of a rest!

Of course, her loyal followers were on hand to offer advice.

Advice from her fans

“Plum. But you’ll look beautiful in both,” said one.

“Both looks good but I prefer bottom,” said another.

“I love the plum colour on bottom lip,” a third commented.

“You should do a poll on your stories next time,” said one.

Even Keith Lemon got in on the act.

“Knew you would chose the bottom,” laughed one Holly fan.

Returning to Instagram just before she went on air, Holly revealed she went with plum as it proved to be the most popular answer.

She also posted a message on her stories revealing where the lipstick was from.

Sitting in her dressing room, Holly said: “For those asking, it is this lipstick, in that colour, which is, oh god you can’t read it, pink orchid.”

She added of the Lavera Bio Organic lipstick: “It’s nice!”

To accompany her plum lippy, Holly slipped into a black and white spotted minidress by Whistles.

Morning wednesday… see you on @thismorning at 10am. Dress by @thisiswhistles 🖤

It costs £63.20 and naturally Holly’s fans loved the look.

Holly and Phil head off on their summer break from This Morning later this week.