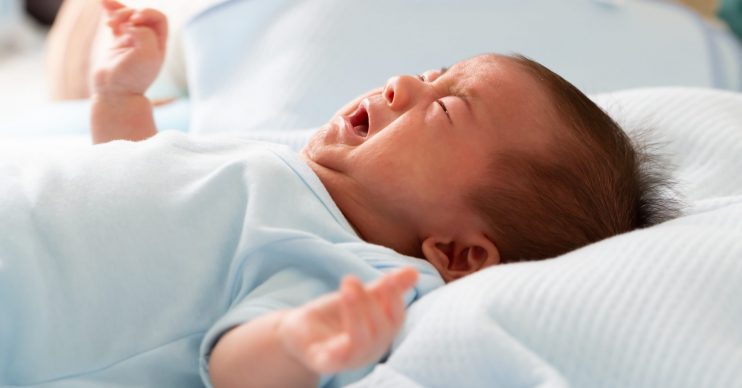 Experts have revealed the effect that leaving your baby to “cry it out” actually has on a tot.

We’ve all been there, those long, seemingly endless nights where no matter what you do, your baby refuses to settle.

You’ve fed them, changed them, given them a cuddle and you know they’re not poorly – but they’re still screaming.

Well, according to the experts, leaving your baby to cry it out actually does them no harm.

Which means you could be getting your evenings back and there won’t be a hint of mum guilt either.

Read more: Coronavirus crisis: How to make your own three-ingredient hand sanitiser

Experts carried out a study of 178 children and their caregivers and it revealed leaving your baby to cry had no effect on their behaviour as toddlers.

We have to give more credit to parents and babies. Most parents intuitively adapt over time and are attuned to their baby’s needs.

The new research updates decades-old findings, with parents constantly asking if it’s right to leave their babies to cry.

And, although you undoubtedly feel more than a little mean leaving your sobbing baby, it appears that it is right to leave them to self-soothe.

In even more reassuring news, the development of those left to cry it out was the same as babies who were constantly soothed by their parents.

And, after six months, tots left to cry were also just as attached to their mums as those who weren’t – another reason to give yourself a break from the mum guilt.

Read more: The world’s first chocolate Easter egg with a sex toy inside launches in the UK

In fact, the research even showed that leaving a baby to cry could benefit you in the long term as sobbing bouts at 18 months were shorter in babies who were left to cry it out.

Professor Dieter Wolke of the University of Warwick led the study and said: “We have to give more credit to parents and babies. Most parents intuitively adapt over time and are attuned to their baby’s needs.”

He added: “They wait a bit before intervening when crying and allow their babies the opportunity to learn to self-regulate.”

It’s time to kick back and enjoy your evenings again, parents.

Do you leave your baby to cry it out? Tell us on our Facebook page @EntertainmentDailyFix.