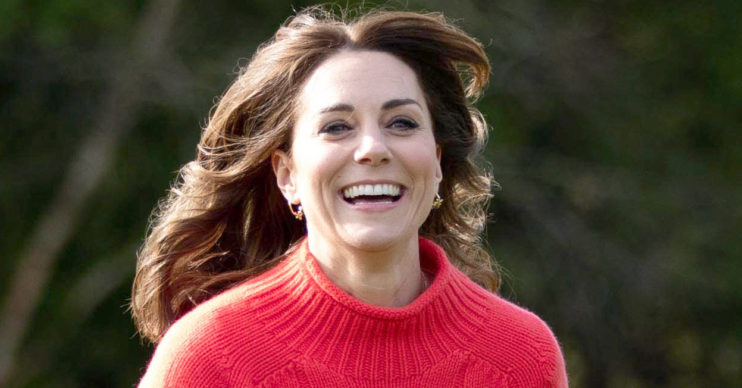 Avid royal watchers are convinced the Duchess of Cambridge has been sending a secret message to the NHS during her lockdown video calls.

Kate has made numerous appearances via video link during the coronavirus pandemic.

She’s been interviewed on This Morning and seen at the door of her Anmer Hall home during Clap For Our Carers.

However, now royal watchers have said that Kate is sending a “message” with her style choices.

Instagram fan site Cambridge Mums claims the duchess has been wearing the colours of the rainbow during her calls.

The rainbow has become a symbol of support for the NHS during the crisis.

All the colours of the rainbow

“KATE HAS LITERALLY WORN A RAINBOW,” the account posted, alongside a montage of nine pictures of the duchess in rainbow-coloured clothing.

“Our duchess of impact has quite literally used her lockdown wardrobe to send a message, and WE ARE HERE FOR IT,” the post added.

Kate can be seen with husband William on VE Day in bright red.

“Wow. It never occurred to me that she would do this on purpose,” said one follower.

“OMG she has too!! Very clever! Super sweet!” said another.

“OMG HOW DID WE NOT NOTICE THIS?!” screamed another. “She’s such a masterclass at royal dressing!”

Read more: A heatwave is on the way for some Brits

Another commented: “So thoughtful and clever! I am amazed.”

Kate is using a lovely styling trick – using her clothes to convey a message that says we’re united.

However, it should come as no surprise that perennially-popular Kate has dressed for the occasion, as she’s done it numerous times in the past.

She’s known for her love of literal dressing.

And, when she heads off on royal tours overseas, she often pays homage to the country she’s visiting.

During a trip to Canada, for example, Kate was seen wearing red and white in tribute to the country’s flag.

When she visited Ireland, she arrived wearing head-to-toe green as a tribute.

He added: “People are very receptive towards that and will welcome her in.”

Head to our Facebook page @EntertainmentDailyFix and let us know your views.