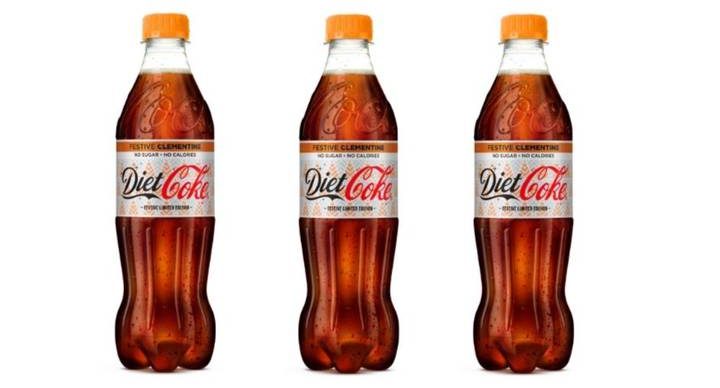 Coke fans are keen to give the new flavour a try

Diet Coke fans, rejoice – there’s a new flavour in town and it is here just in time for Christmas!

“We’re excited to announce the launch of a new limited-edition flavour, Diet Coke Clementine. Full of festive flavour and with no sugar, it’s the perfect drink for the lead up to Christmas,” he said.

Now what would you have this with😋NEW @Morrisons pick this Festive Limited Edition Diet Coke Clementine up for £1🍊 pic.twitter.com/tcFNoBUwqK

Only available in the Diet Coke form, 1.25 litre bottles have already hit the stores – and some shoppers have also spotted 500ml versions.

It will available to buy at Asda, Sainsbury’s, Morrisons and Tesco… and has already caused a bit of a stir on Twitter.

Another keen buyer commented: “Not sure how this will taste but I will give it a try.”

But not everyone is so convinced, with one user describing the drink as “vile” – and another wrote that they preferred last year’s Christmas special.

They commented: “Not as nice or as festive as last year, would much rather have the cinnamon one back.”

Other flavoured Coke products that have been produced over the years include mango, cherry, strawberry and lime.

Will you be giving it a try? Tell us what you think on our Facebook page @EntertainmentDailyFix.