After Starbucks' first-ever black drink – the Phantom Frappuccino – launched last weekend, customers have claimed that the drink is turning their poo black!

Although the drink tastes fruity, to get the dark colour, edible charcoal has been blended into the mix.

And it's that which is giving customers the rather unusual side effect! 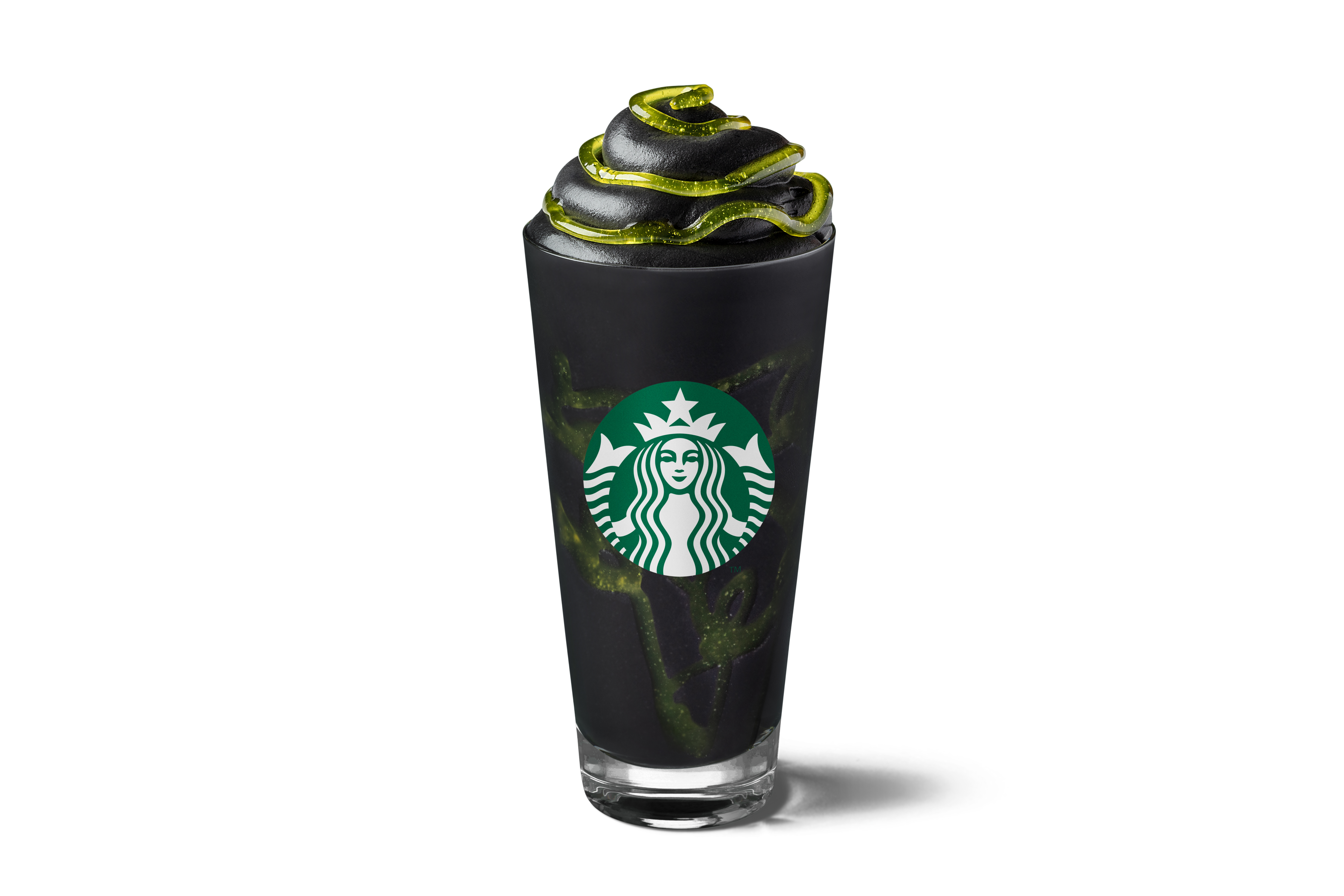 The Halloween treat is made from coconut milk and is vegan friendly (Credit: Starbucks)

"Crafted with coconut milk, mango essence and ghoulish lime slime, this cold treat is just the thing to send shivers down your spine this Halloween," said the blurb.

Read more: Home Bargains is selling festive elf PJs for all the family

"The Phantom Frappuccino is a blended beverage," Starbucks added. "It is dark on the outside and tastes like a light and fruity extravaganza on the inside."

I had that Phantom Frappuccino from Starbucks yesterday cos it’s black...OBVZ

Today my poo is BLACK!

What a time to be alive!

For anyone hyped to try the new Phantom Frappuccino drink I hope you’re prepared to have BLACK poo... I now have black poo

TMI: Yesterday I had Starbucks new Phantom Frappachino. Today I woke up with the lovely surprise of my poo being black. So thanks for that @StarbucksUK 😰

However, it seems the side effect hasn't put some off of buying the drink.

The coffee shop has revealed that, due to popular demand, sales of the frozen drink – that was due to go off sale on Halloween – have been extended till November 3.

Priced at £2.70, the drink has received mixed reviews from coffee fans.

This is so cool!

@TheNickGlancy, you really have me addicted to Starbucks’ Phantom! 👻

Let us know if you've tried it on our Facebook page @EntertainmentDailyFix.