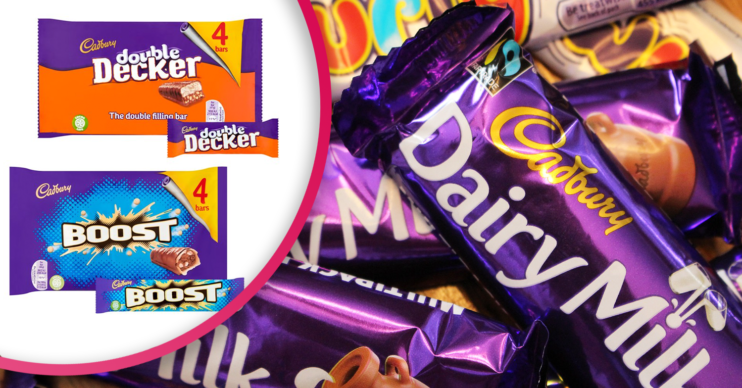 As such, Brits are calling for a boycott

Brits are furious after Cadbury announced it is planning on cutting the size of all of its chocolate bars that are sold in multi-packs.

Not only that, in a double blow for chocoholics, the price of the packs will stay the same.

As such, Cadbury owner Mondelez, has been accused of “shrinkflation”.

The changes will come in to effect next year.

It will see products including Wispa Gold, Boost, Double Decker, Crunchie, Dairy Milk and Twirl bars sold in multi-packs reduced so they contain less than 200 calories.

The move is part of the company’s anti-obesity efforts and it has said it will help to ensure “portion control”.

Mondelez’s UK MD Louise Stigant said: “We recognise we must play our part in tackling obesity and are committed to doing so without compromising on consumer choice.”

She added: “That is why we have been focusing on the areas we know will make the greatest impact and have been backed up by consumer research and nutritional science.”

“Pricing will not be changing”

Pricing of the Cadbury bars is up to individual retailers.

However, it has no plans to cut its own list prices.

A Cadbury rep said: “The list price for these products will not be changing at this time. Retail pricing remains at the retailer’s sole discretion.”

Bars and products sold individually will not be affected.

However, that did little to soften the blow with chocoholics.

“Well this is the year that keeps on giving. Cadbury to shrink size of Wispa Gold and Double Decker bars,” one ranted on Twitter.

“We should boycott Cadbury”

“We should all boycott Cadbury,” stated another.

“Double Deckers should be renamed Minibuses due to the significant reduction over the years,” said another.

“CADBURY: They’re smaller for your health. EVERYONE: Why is the price the same? CADBURY: FOR YOUR HEALTH,” another posted.

So people will buy double to satisfy their chocolate needs, Cadbury will raise the price and come out laughing! A lot of Cadbury has a sickly taste to it now anyway and I’m starting to go of it!

@CadburyUK after seeing this I’m no longer going to purchase your products again, I haven’t in some months anyway, you’ve been reducing the size for years with the price going up and now you are taking more than the p1ss and I hope others will also stop too!

“‘To reduce their calorie count’ – if the price isn’t being reduced as well it’s to increase their profit margins,” said another.

“Utter b*****ks,” slammed another. “Just a clear profit exercise. If these bars get any smaller they will disappear.”

Last month, Cadbury announced it was reducing the size of three of its chocolate bars that are most popular with children.

Head to our Facebook page @EntertainmentDailyFix and tell us what you think of the news.