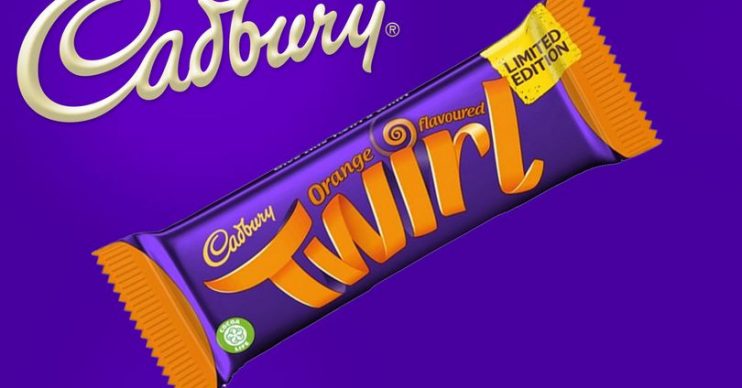 The orange-flavour chocolate bar is set to go on pre-sale next week!

However, many customers found it impossible to secure the limited edition bar – and claimed winning the Lottery was more likely!

Last year Twirl Oranges were hard to find, so this year we’re doing a presale before they hit the shops.

❤ this tweet to get a reminder about the first release. They're yours for 69p, but you'll have to be quick; it's first come, first served in the #TwirlOrangePresale. pic.twitter.com/J2aulktptQ

What’s the verdict on the Cadbury Orange Twirl?

Those who managed to get their hands on the bar were seriously impressed.

Foodie account Kevs Snack Reviews gave their verdict at the time, calling it “one for the chocolate Orange fans”.

They said: “The chocolate is classic, creamy Cadbury chocolate with the flaky, glorious texture that somehow elevates it over a standard Dairy Milk bar.

“Opening the wrapper the Orange aroma is very noticeable, and it doesn’t skimp on it at all. One for the chocolate Orange fans for sure and so I loved it! It’s different to Terry’s Chocolate Orange in that it’s less overly milky tasting. It’s a bit more chocolatey with the classic Cadbury cocoa taste.”

How do I get my hands on a Orange Twirl?

The bar will be released again – hooray!

Announcing the news, Cadbury’s wrote: “Last year Twirl Oranges were hard to find, so this year we’re doing a presale before they hit the shops.

“This tweet to get a reminder about the first release. They’re yours for 69p, but you’ll have to be quick; it’s first come, first served in the #TwirlOrangePresale.”

Fans were thrilled by the announcement, with one commenting: “This is news. Big news.”

Another added: “I’m sooooooo getting some this time.” [Sic]

A third raved: “What a time to be alive. All hail the orange twirl .”

The chocolate treat proved difficult to find following its release in September 2019.

Customers had expected the bars to be stocked in Co-Op, Morrisons and Spar, but only a few managed to get their hands on one. Let’s hope there’s more to go around this time!