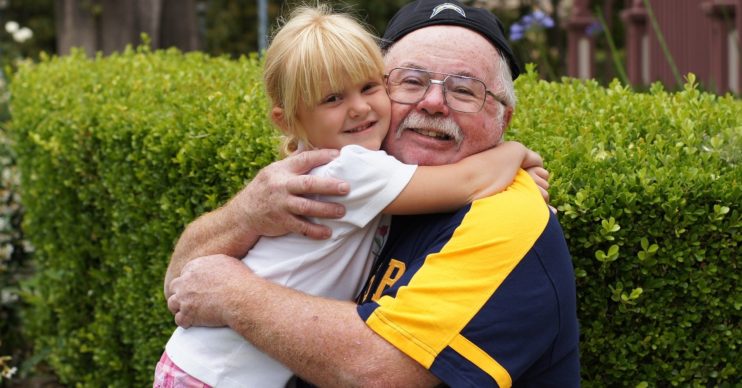 Government ministers are set to approve plans that allow Brits to host small outdoor gatherings. It will mean kids can finally see their grandparents after months apart.

The joyous news will come as a boost for those missing their loved ones during lockdown.

Ministers are looking at easing the restrictions next month.

Gatherings must take place outdoors and can only include two households at once, The Sun reports.

This is because the spread of coronavirus is far less likely outdoors.

It’ll be the first time Brits are allowed to visit each other at home since lockdown was introduced on March 23.

However, it appears Brits will have quite the choice on their hands when it comes to which set of grandparents to see.

Households will be asked to “buddy up” with one other household under the new plans, which ministers are currently discussing.

The new rules are expected to state that you will not be allowed to meet one household one weekend and a different one the following weekend.

Boris Johnson is expected to announce the changes to lockdown later this week.

Matt Hancock has already revealed the government is looking at ways for extended families to be reunited.

He said: “There is a yearning to see others from another household. We are looking at how to make this happen in a safe way.”

There is a yearning to see others from another household. We are looking at how to make this happen in a safe way.

However, the loosening of the rules will only happen if the government is certain the move will not lead to a spike in infection levels and increased hospital admissions.

Currently Brits are only allowed to meet up with one member of a different household. And that must be done outdoors.

It isn’t known if the new rules will allow Brits to walk through homes to get to gardens.

A government rep said: “We will set out any further steps that we are able to take in relation to social contact or the use of outdoor spaces in due course.”

They added: “And we will only move forward with proposals if it’s safe to do so and we are satisfied that we won’t be doing anything that could risk a second spike in infections that might overwhelm the NHS.”

It comes after the PM announced all shops can reopen for business in mid-June.