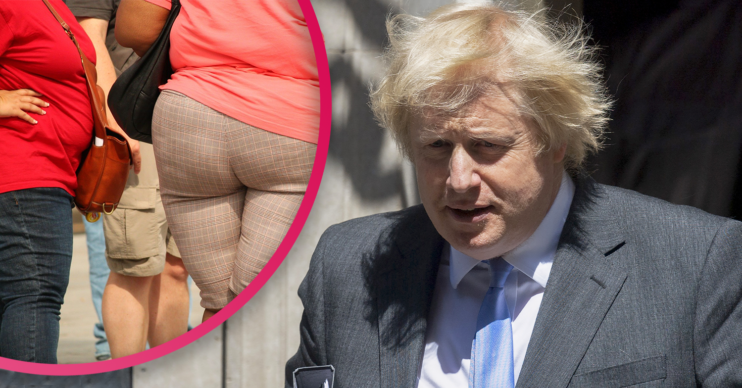 Prime Minister Boris Johnson branded Brits “significantly fatter” than the rest of Europe as he launched his new anti-obesity drive.

Boris said the country’s weight problem is costing lives and leaving the NHS with huge bills.

And now he’s vowed to do something about it.

Boris said only the population of Malta were more overweight than Brits.

“Compare, I’m afraid, this wonderful country of ours to other European countries. We are significantly fatter than most others – apart from the Maltese for some reason,” he told Times Radio.

We are significantly fatter than most others – apart from the Maltese for some reason.

It is an issue. Everybody knows that this is a tough one,” said the PM.

“I think it matters and I don’t think politicians can treat it as irrelevant,” he added.

Millions of Brits have piled on the pounds during lockdown.

Those who are overweight are at greater risk of death and serious complications of coronavirus.

Studies have shown that being obese may double the risk of hospitalisation for the virus.

Obesity also leads to conditions such as Type-2 diabetes and heart disease. Both are known to make patients more vulnerable to coronavirus.

Plans are apparently being drawn up by the government as part of Boris’s battle plan.

It’s reported that there will be greater use of bariatric surgery, such as gastric bands, to aid weight loss.

There will also be a wider fitness plan, including diet advice and family exercise plans.

Elsewhere, there are plans for a ban on buy-one-get-one-free food deals and free refills in restaurants.

It could also be made compulsory for calories to be put on all menus.

After battling COVID-19 himself, the PM said he is now fighting fit.

In recent weeks he has been spotted running around Downing Street.

The Queen also opened up the ground of Buckingham Palace to the PM so he could improve his fitness post-coronavirus.

Boris Johnson is “as fit as a butcher’s dog”

This weekend, Boris told the Daily Mail he was “as fit as a butcher’s dog” while doing a press-up mid-interview.