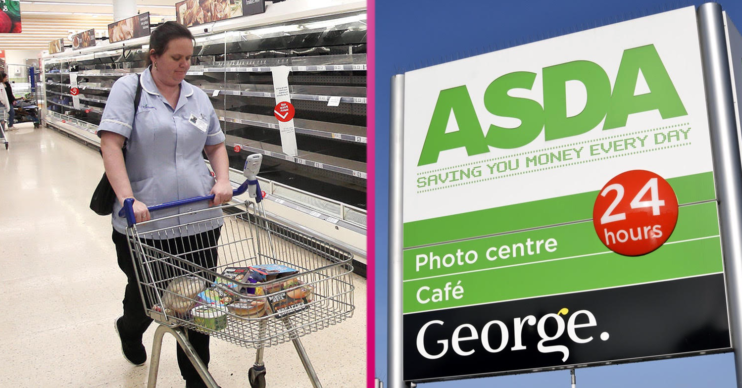 Rep says there was never a queue-jumping system

Shoppers have claimed that an Asda store in Liverpool has “stopped letting NHS staff in first”.

They said this is due to “too many complaints” from customers queuing to get into the store.

Posting on Twitter, one shopper said: “What a grim world we live in.”

All of the major supermarkets quickly introduced NHS hours at the start of the coronavirus pandemic.

This meant that NHS staff, as well as key workers, had early access to supermarkets so that they could do their food shopping before starting work.

However, it appears some stores also unofficially offered a queue-jump system at other times.

And this is what the shopper claims has stopped at the Walton branch of Asda in Liverpool.

Posting to Twitter, they said: “Walton ASDA not letting NHS staff in first any more because of ‘too many complaints’ from customers. What a grim world we live in.”

Many agreed, with others saying hospital staff had been “abused” for being allowed in first.

“I know, my mum and sister work at Aintree hospital and they always queue up when they go to Asda now because of the abuse staff have been getting for being allowed in first,” they said.

The person added: “It’ll be the same people that need the nurses’ free NHS help when they get ill.”

My mum and sister work at Aintree hospital and they always queue up when they go to Asda now because of the abuse staff have been getting for been allowed in first.

“They should be sent to the back of the queue if they complain,” said another.

“Frontline workers are not supporting other frontline workers because Barry from Utting Ave feels NHS staff shouldn’t be shown any compassion for their hard work. What logic,” they added.

Walton ASDA not letting NHS staff in first anymore because of “too many complaints” from customers. What a grim world we live in. 😷

“I’d refuse them entry full stop. Anyone who complains doesn’t deserve to even be in the queue.”

“What sort of person complains about NHS workers having priority at a time like this? Self-centred would be an understatement!” said another.

All supermarkets are now limiting the number of people in store at any one time.

They manage the flow of customers in store with a queuing system outside.

An Asda rep told ED!, however, that the retailer has “never operated a queue-jump system”.

The spokesperson said: “We have never operated a queue-jump system as we have designated hours for NHS and care workers which are still in place.”

They added that the tweet that claimed a store has “stopped doing it because of complaints” is “entirely false”.

However, it seems other supermarkets have been operating an unofficial queue-jump system.

One woman tweeted: “Woolton Tesco is doing the same. My mum was wearing her pass and they said they couldn’t let her in first any more because of the ones complaining,” she claimed.

Let us know your thoughts on our Facebook page @EntertainmentDailyFix.