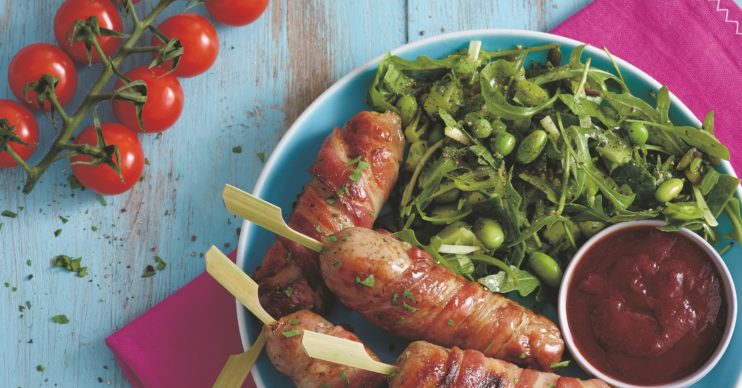 A pig in a blanket is no longer just for Christmas!

Aldi has launched the perfect product for hot sunny days.

With temperatures hitting record highs for the year, many are turning to the barbecue.

And new pigs-in-blankets kebabs are just the thing to put on it.

They are an original take on the Christmas classic.

And there is enough for the whole family too.

They are also perfectly portioned into four snackable-size kebabs.

Read more: Aldi is selling’snackable’ pigs in blankets after giving the Christmas treat ‘a springtime makeover’

The giant pig in blanket kebabs are not the only barbecue treats on offer.

Also available at the store now are Sausage Whirls.

Delicately seasoned and made with 100% British pork, the swirls of sausage goodness are ready in less than half an hour.

Next, transfer to a piping hot BBQ for the final five minutes to capture the smoky flavour.

Both items are already available in store, so if you have a garden and are thinking of having a barbecue, now might be a good time to pay Aldi a visit.

Aldi is Britain’s fifth largest supermarket with more than 875 stores and 33,000 employees. Research released by Which? showed that Aldi is 19% cheaper, on average, than the Big Four supermarkets. It tracked the price of more than a hundred items at the UK’s eight biggest supermarkets throughout March 2020.

Will you be buying them? Tell us what you think of this story. Head to our Facebook page @EntertainmentDailyfix and leave a comment to let us know.