For those of you who are stuck for what to give your loved one this Valentine's Day, the cheeky chaps at Pot Noodle may have just the thing.

With the most romantic day of the year fast approaching, Pot Noodle is partnering with Deliveroo to launch a limited "Sends Noods" service.

The noodle maker says it's the ultimate way to say "I forking love you" this February 14. 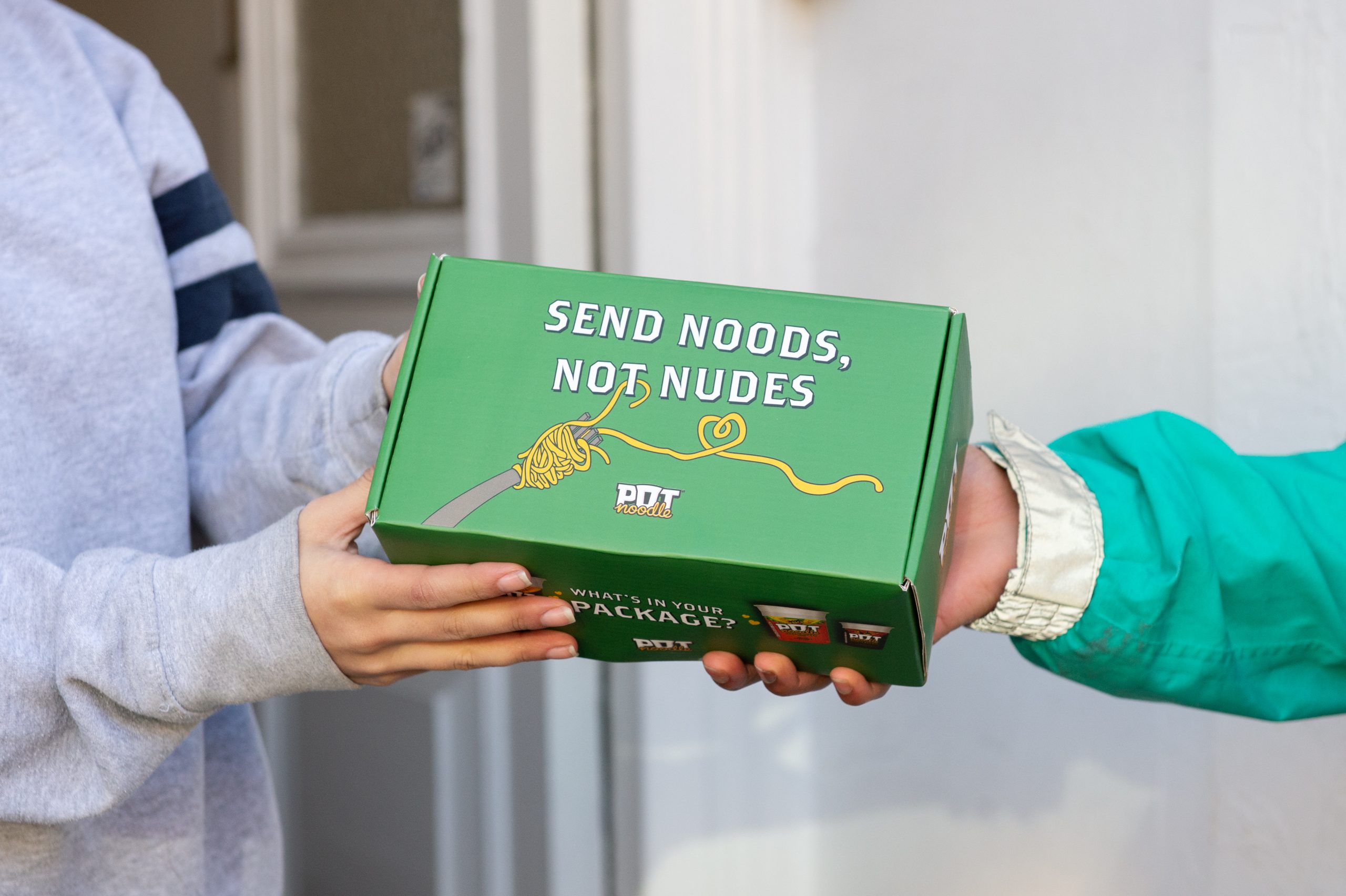 You can send your Valentine a box of two Pot Noodles this Friday (Credit: Pot Noodle)

The new offering – hosted on the Deliveroo app for one day only – is launching in Leeds and London, and will allow mates, dates and lovers alike to send oodles of noodles to anyone they’re crazy about.

The launch comes after research from Pot Noodle revealed that nearly a quarter of Generation Z are more likely to consider sending a nude picture to their Valentine instead of giving them a gift, citing a lack of time to buy it.

So, in a bid to turn that statistic around, Pot Noodle is launching its "Send noods, not nudes" campaign.

All you have to do if you want to send a box of two Pot Noodles to your loved one is head onto the Deliveroo app, type in their name and address and let Pot Noodle do the rest. 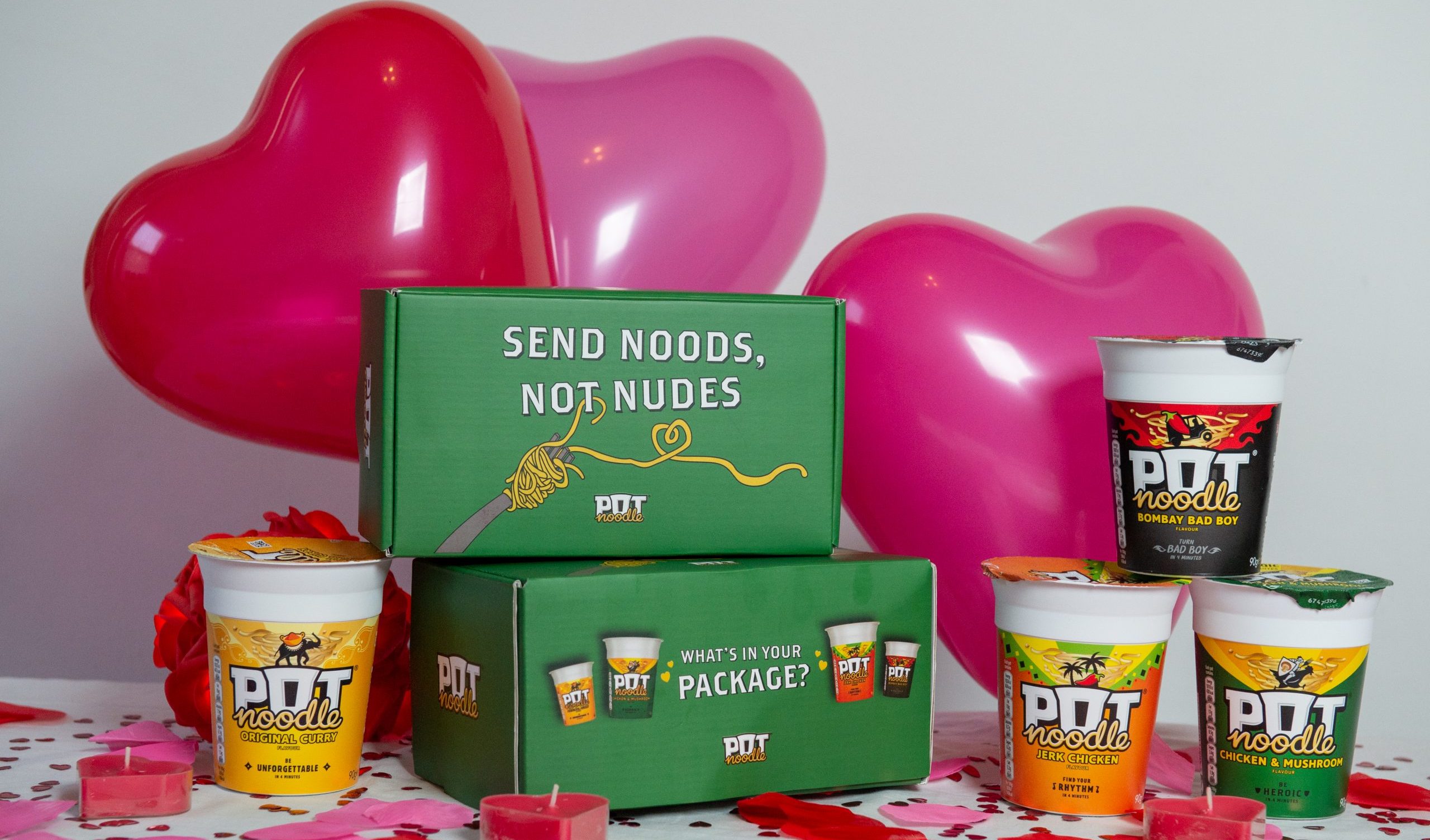 There are four flavours to choose from (Credit: Pot Noodle)

You can pick from four different Pot Noodle flavours, with the noodles coming in a special-edition box and accompanied by a love note.

Pick from Chicken & Mushroom, Bombay Bad Boy "for lovers who like it hot and spicy", Jerk Chicken – "the only Jerk you need in your life on February 14," said the blurb – and Original Curry.

Alongside a time deficit, the research also reports that one in ten Brit are likely to forgo a Valentine’s Day gift completely due to lack of money.

With each kit costing just £1, the present will ensure purse strings aren’t pinched.

Our research has revealed that noodle-heads will consider sending a nude photo over a more traditional gift due to lack of time and money.

Lena Portchmouth, Pot Noodle marketing manager, said: "One in three Britons admit they’re time-poor, and rather than hitting the shops for flowers or chocolates, our research has revealed that noodle-heads will consider sending a nude photo over a more traditional gift due to lack of time and money." 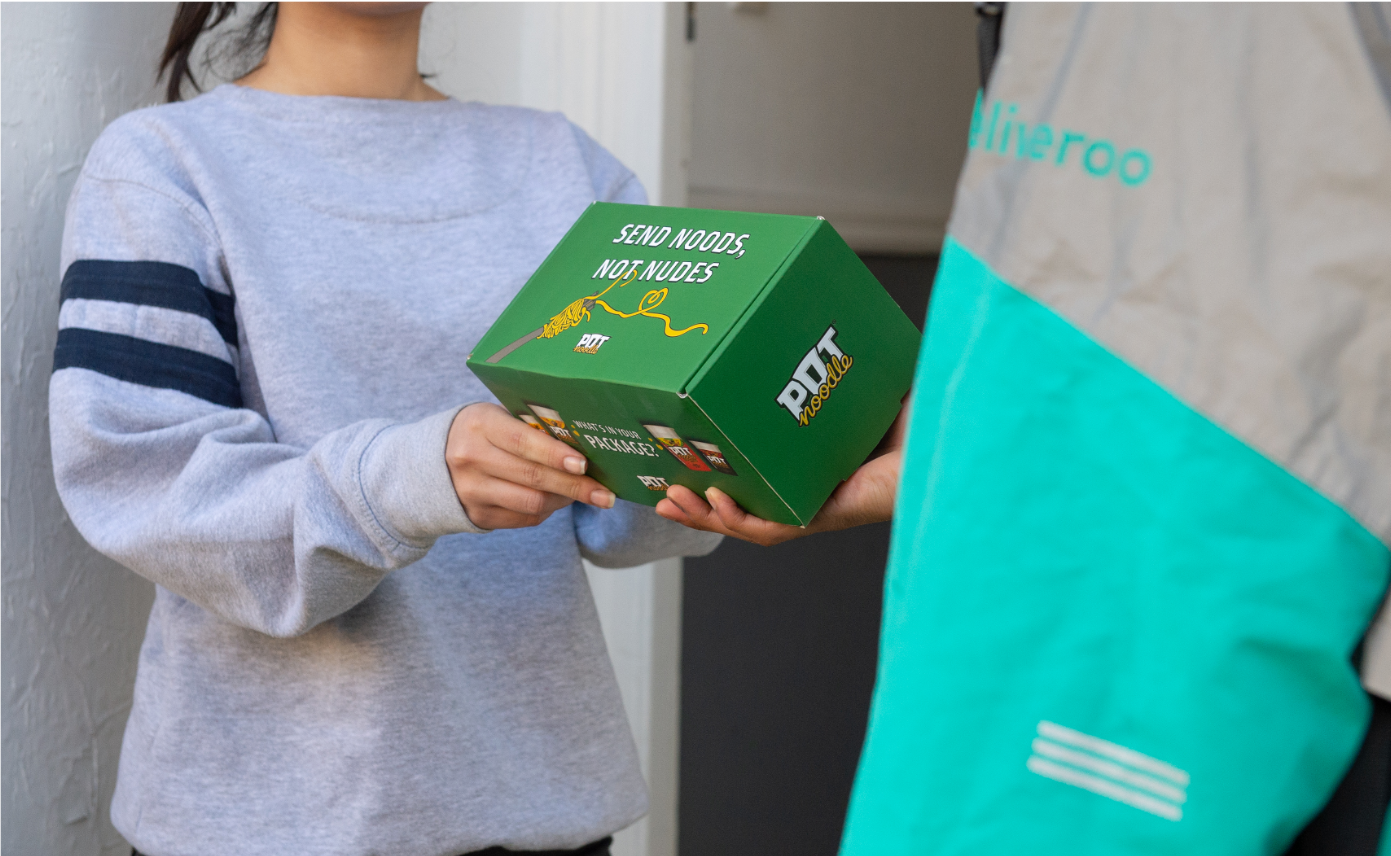 Pot Noodle has teamed up with Deliveroo for the limited-edition launch (Credit: Pot Noodle)

She added: "We couldn’t believe it. The results sent us completely potty! So, this year we’re encouraging our fans to send noods, not nudes. With our Pot Noodle delivery service, we’re certain that lack of time or money won’t be a barrier in providing the forkin’ best package out there this Valentine’s Day. After all, what’s more romantic than a Pot Noodle?"

The limited-edition kits will be available on the Deliveroo app on Friday February 14, while supplies last, from midday.

Head to our Facebook page @EntertainmentDailyFix and let us know if you'll be sending "noods" this Friday.