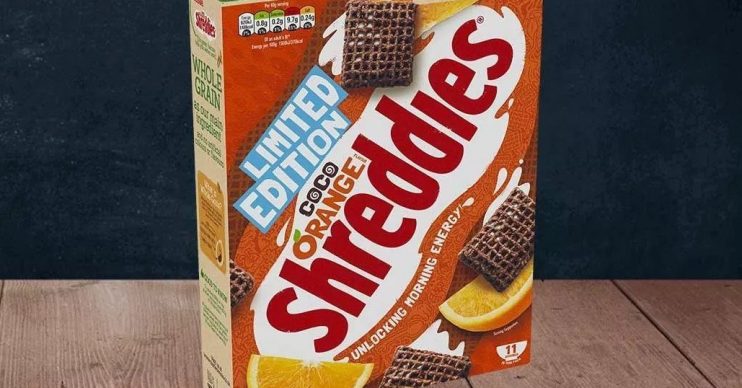 They're available exclusively at Morrisons

Festive breakfasts don’t come much better than a bowl of chocolate orange-flavoured Shreddies.

And, luckily, cereal makers Nestle has decided to bring them back for Christmas 2019.

The limited-edition Coco Orange Shreddies are on sale exclusively in Morrisons now.

“I can confirm that these are very delicious and would highly recommend!” one shopper said.

Read more: Be quick if you want to get your hands on Aldi’s 12 Gins Of Christmas selection box

“Guys I’ve tried them and they are just Christmassy amazing!” said another fan.

Guys I’ve tried them and they are just Christmassy amazing!

A healthier take on treats such as the Terry’s Chocolate Orange – but with the same festive taste – it appears fans can’t get enough of the cereal relaunch.

You asked for it, so it’s here! LIMITED EDITION Coco Orange Shreddies is back! Get them in @Morrisons stores while you can! 😋🏃🏃🏃 #shreddies #limitededition #morrisons #cocoorange #breakfast #countdowntochristmas #christmas #chocolateorange #yum

The 500g box costs £2 – but we must stress they’re only available while stocks last!

And even then, the cereals are set to go off sale on December 4.

It might just be time to stockpile… The last time they were on sale was 2012!

Some shoppers sounded like they were wasting no time when it came to finding a box.

“Omg gotta get these!!” said one Shreddies fan.

Another said: “Oooh my gosh, I’ve got to find this!”

The relaunch comes after the release of limited-edition toffee and apple flavour Shreddies for Halloween.

Head to our Facebook page @EntertainmentDailyFix and let us know if you’ll be trying them!