Chicken shop KFC is spreading the love this Valentine's Day with a new range of cards that you can send to your other half.

And we think the cards – available exclusively through Moonpig – are guaranteed to impress the Popcorn Chicken lover in your life. 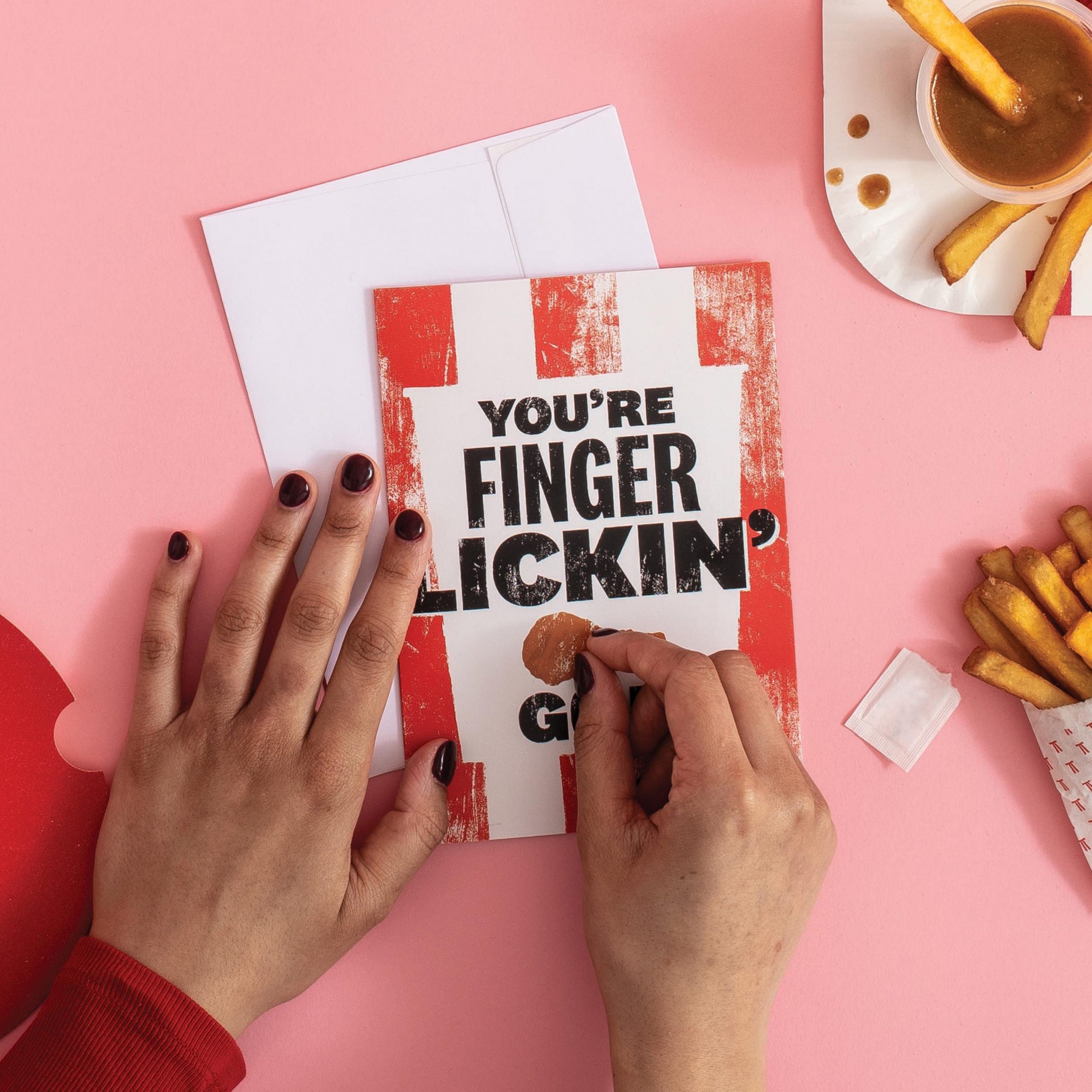 This February 14, KFC clearly thinks fried chicken is the best way to say I love you, with the launch of the cards, which can be also personalised.

They come hot on the heels of the brand's Pizza Hut team up earlier this week, with the stores collaborating on a Popcorn Chicken pizza complete with gravy base. 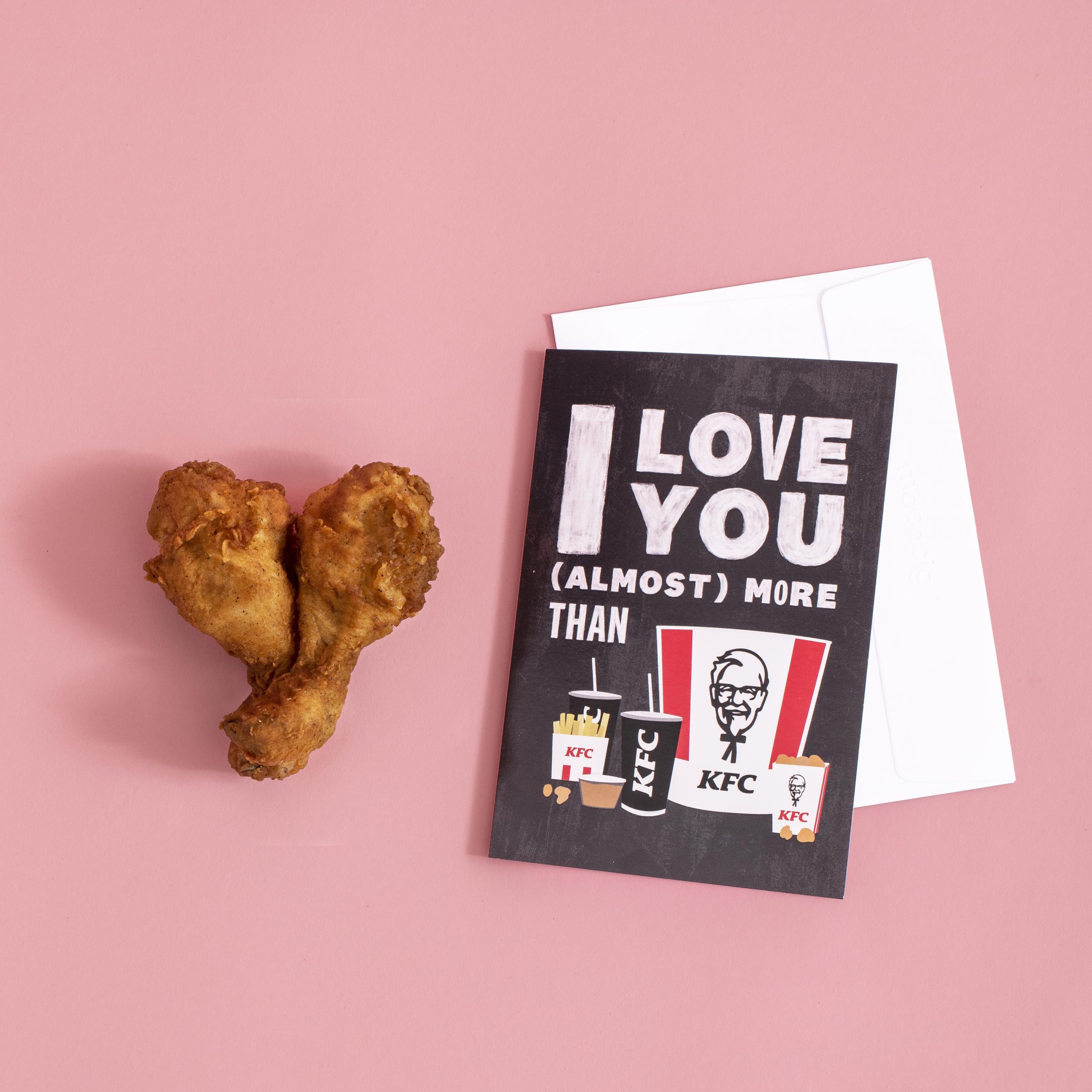 Do you love anyone more than KFC? (Credit: KFC)

The blurb asked: "Have you found that special someone who you love more than KFC? No, didn’t think so. Me neither."

Read more: Macaroni and cheese ice cream exists and it should come with a health warning

It added: "But if you’ve found someone who’s basically the chicken to your gravy, or the herbs to your spices, then let them know with a romantic whiff of KFC’s iconic fried chicken." 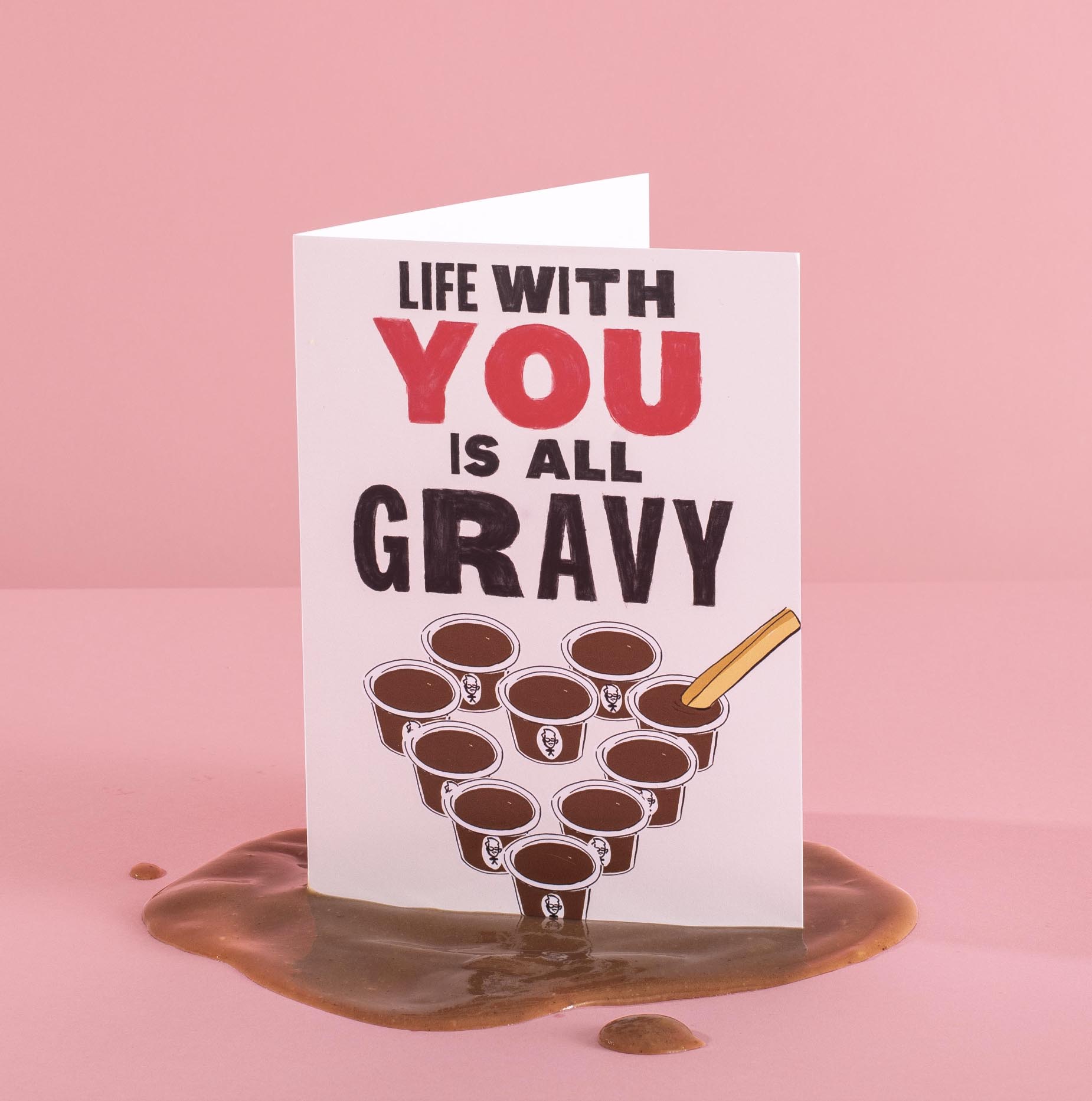 There are also cards for gravy lovers (Credit: KFC)

Yes, one of the cards is actually scratch and sniff, with the card containing the mouthwatering aroma of the Colonel's iconic Original Recipe.

If you’ve found someone who’s basically the chicken to your gravy, or the herbs to your spices, then let them know with a romantic whiff of KFC’s iconic fried chicken.

The scented card is limited edition, so it's best to head online soon!

It features the words: "You're finger lickin' good," alongside a picture of a chicken drumstick. 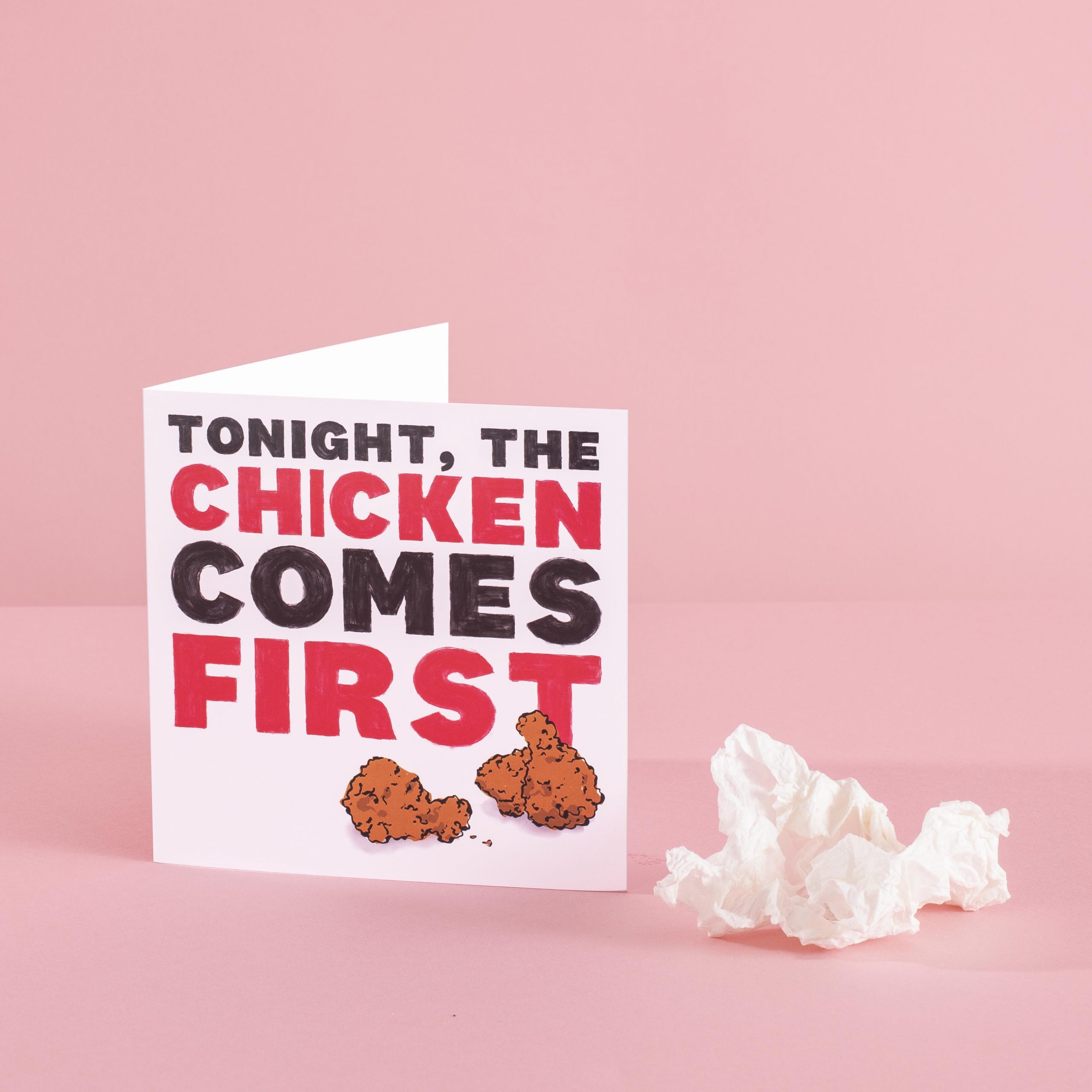 There are also saucy cards for those with a cheeky sense of humour (Credit: KFC)

There are plenty of other cards in the range if that one doesn't tickle your fancy, although none of the others are chicken-scented sadly.

If you're a fan of Colonel Sanders, opt for the card featuring his image and the words: "Fancy a peck?"

One pays homage to the store's iconic gravy. It reads: "We go together like chicken & gravy."

Another reads: "I love you (almost) more than," alongside a picture of assorted KFC goodies.

A rather saucy card reads: "Tonight, the chicken comes first." 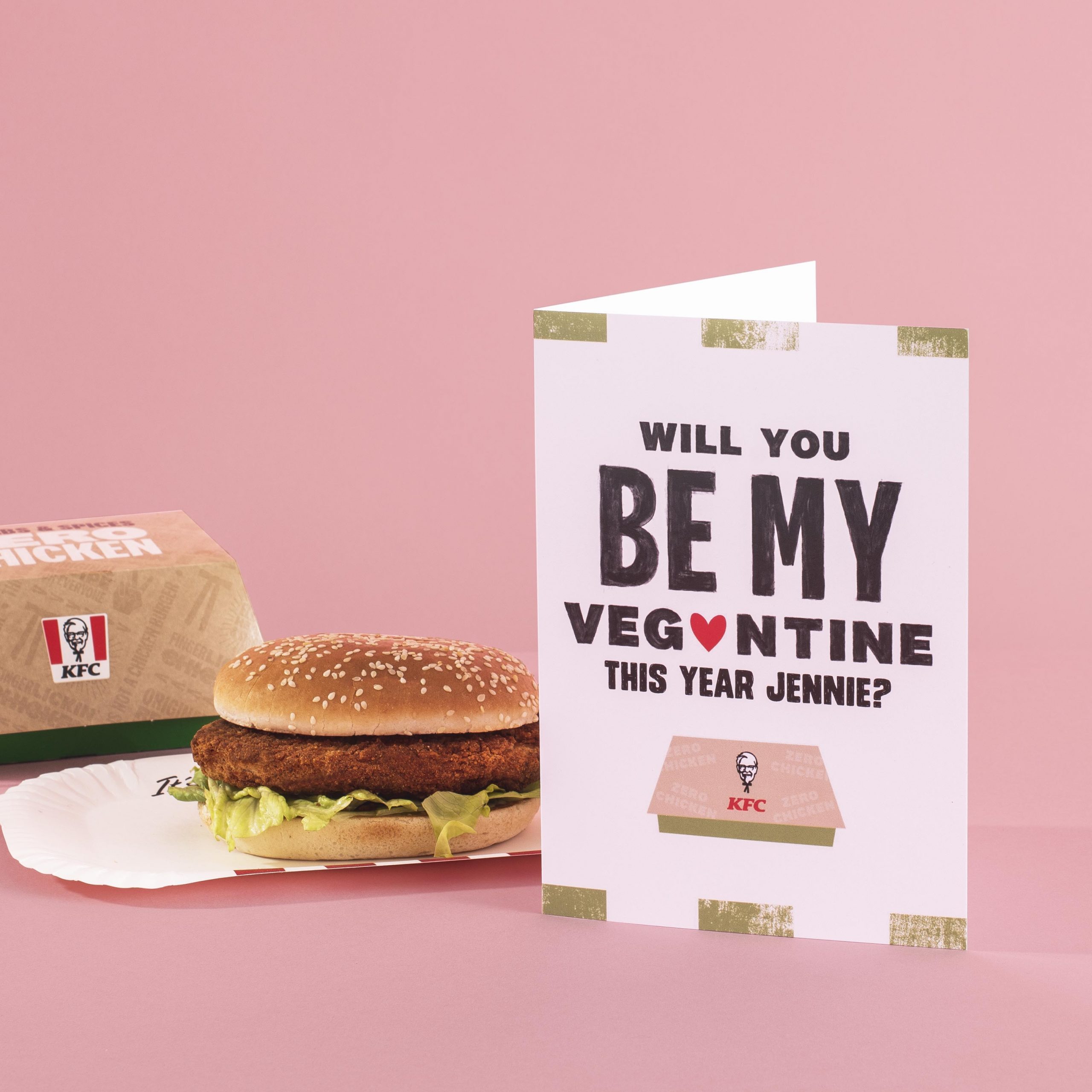 Not to be left out, there is also a vegan-themed card (Credit: KFC)

Not to be left out, there's also a card for vegans, featuring KFC's latest launch, the Vegan Burger.

It reads: "Will you be my vegantine this year?"

All chicken jokes aside, the cards will hopefully raise a fortune for charity, with 10% of all proceeds donated to the KFC Foundation.