We all know it's finger-lickin' good, and now it's been revealed that fast-food giant KFC is testing out a huge 80-piece Popcorn Chicken bucket.

The original chicken shop is trialling the massive bucket in ten of its Glasgow stores until November 17. 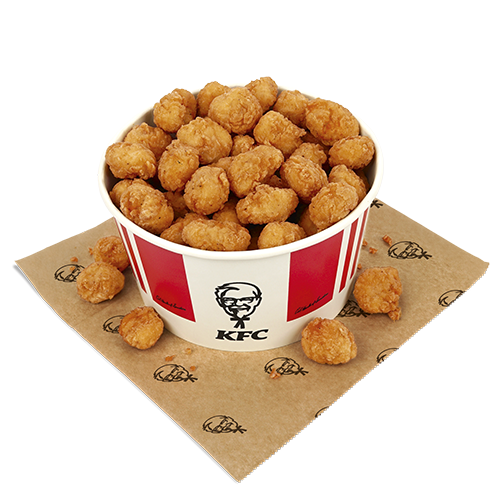 Who would you share KFC's 80-piece Popcorn Chicken bucket with? (Credit: KFC)

And, if it proves popular – which we're guessing it will – it'll consider rolling the mega-meal out in KFC branches across the UK.

Read more: Aldi's huge six-litre bottle of prosecco is back for Christmas

Hi @KFC_UKI can you tell me if this deal is nationwide please? pic.twitter.com/1SWbotOtXS

"Not at the mo," came the response.

"We're seeing how the trial goes down in 10 restaurants in Glasgow. All going well, we might consider a nationwide release [winking emoji]."

Fans are already raving about the bucket, having seen adverts for it popping up on billboards and bus stops.

Yo @KFC_UKI make the 80 piece popcorn chicken bucket nationwide immediately, we need it!

Others said the Popcorn Chicken bucket would be the death of them.

how am I supposed to lose weight when kfc is starting selling 80 piece popcorn chicken for £5.99????

While others remembered back to those few devastating days in February 2018 when KFC ran out of chicken.

Swear kfc had a chicken shortage and now they’re banging out 80 popcorn pieces for £5.99 🤯

Are you keen to try the massive chicken dinner? Tell us on our Facebook page @EntertainmentDailyFix.