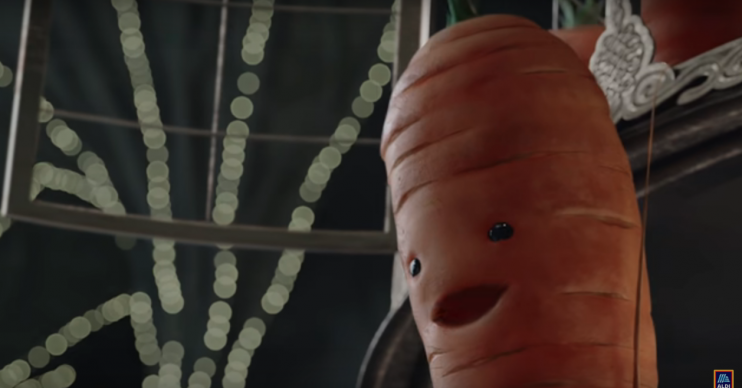 Looks set for a Christmas clash with the Leafy Blinders

Aldi has given customers on social media a taster of this year’s Christmas TV advert for the supermarket, confirming the return of Kevin the Carrot.

Following Kevin’s previous festive ad appearances – which have included him battling an evil fairytale parsnip and driving a lorry in last year’s cliffhanger – he will face a new challenge in the Leafy Blinders.

One of the threatening veg is heard uttering: “We’re here to take back Christmas by order of the Leafy Blinders.”

A newspaper page bearing Kevin’s image then tears as it sweeps across a cobbled street in a bad omen for our orange hero. Will he meet his match in the miniature green gangsters?

The trailer is accompanied by the punning tagline: “Who are you ‘rooting’ for?”

Fans have been impressed with the tease for the imminent festive campaign.

“Love Aldi’s Christmas adverts they are the best and love Kevin and gang,” wrote one viewer on YouTube.

“Outstanding! You are truly the best at Christmas adverts, can’t wait for the full version,” commented another.

However, one commenter objected: “Sinister sprouts in flat caps. No thanks. Not this year. You can keep it.”

Russell Sprout and the Leafy Blinders are threatening to take back Christmas. Who are you ‘rooting’ for? #LeafyBlinders #KevinTheCarrot pic.twitter.com/lZ9bRs0fcu