Crumpets shaped like ghosts are back on supermarket shelves in time for Halloween.

The baked novelty has risen again after being previously made available by Asda this time last year in the run up to October 31st.

Customers have had a mixed reaction to the themed breakfast food, according to the Asda website - but it is clear the toasted product has captured imaginations.

"Not sure I can eat dead crumpets," joked one reviewer. 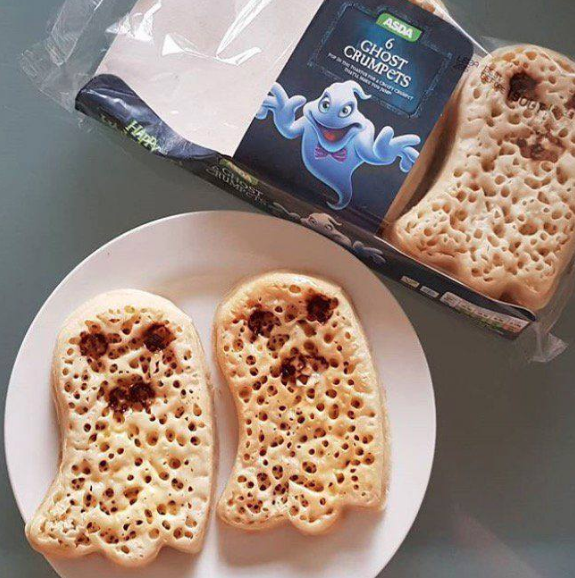 Another purchaser reflected: "They look cool and the kids seemed to like them but I thought they took twice as long to cook and had a weird taste."

And a third wrote: "I am a very fussy crumpet person who doesn't normally only buy supermarket brands as they can taste of the cardboard they're wrapped in. However, these are actually nice.

Not sure I can eat dead crumpets.

"We liked them that much we bought more for the freezer."

An Asda spokesperson commented about the pikelets: "We know that shaped, novelty crumpets are always popular choices amongst our customers, and we couldn't let Halloween go by without creating these devilish delights, which are no trick and all treat.

"Last year, our Jack-o'-lantern crumpets flew off shelves throughout October, so we hope our customers enjoy these spook-tastic crumpets for Halloween just as much."

Other supermarket Halloween offerings include green slime doughnuts from Morrisons and pumpkin-shaped pizzas, stocked by Asda.

A new range of Harry Potter cakes is also likely to prove spellbinding at Halloween parties later this month.

Do you take your pikelet with butter or jam? (Credit: Asda)