It is beginning to taste a lot like Christmas in one fish and chip shop in north Lincolnshire after their mouth-watering festive menu was unveiled.

Adam's Bay of Gainsborough has introduced deep fried jumbo pigs in blankets, deep fried mince pies, a deep fried Christmas tree onion stack and deep fried sprouts to customers alongside their permanent dishes in the run up to December 25th.

And following their success in battering Terry's Chocolate Oranges last Christmas, the restaurant and takeaway has focused their magic with hot oil on another seasonal favourite: Toblerone.

Owner Helena Papadamou told the Grimsby Telegraph the innovative creations came about after customers were asked what Christmas favourites they’d like to take the plunge. 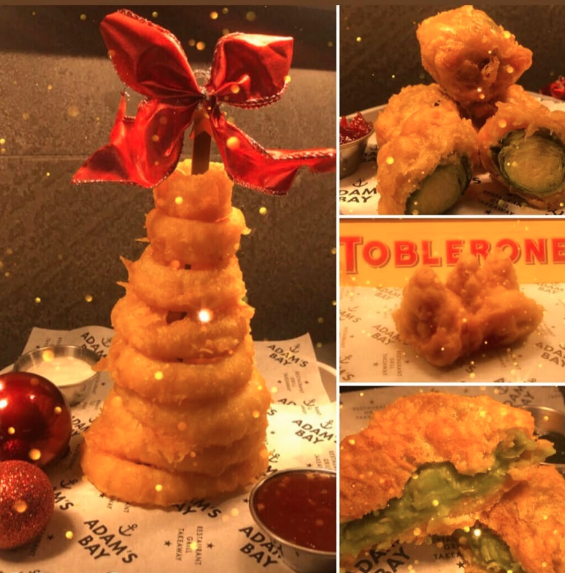 Read more: New Hocus Pocus film 'in the works' - and fans are desperate for the original cast to be reunited

She said: "We have become known as the chip shop who sells the wacky creations.

"We are committed to bringing what our customers want and are looking forward to see how the new battered goodies go."

Customers on Facebook commented that they couldn't wait to give the battered Toblerone - offered as both a full and half bar - a go. 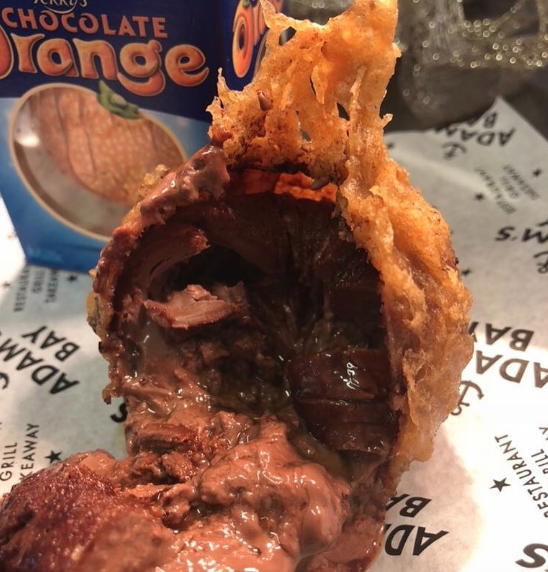 The battered Chocolate Oranges have been a hit (Credit: Facebook @AdamsBayUK)

Read more: The Chase viewers believe contestant is hard done by after 'mistake' with question

"Need this in my life," agreed another.

We are looking forward to see how the new battered goodies go.

A third person, discussing whether to try the Chocolate Orange or the Toblerone, told a friend: "Let's just get both."

Andrew Papadamou told the BBC last year that that despite diners' initial suspicions about the Chocolate Orange, they were convinced after trying one.

"It is a bit Marmite because you get people who haven’t tried it who think: 'Oh that doesn’t sound very nice at all.' But honestly, people who have tried it absolutely love it.

"You get customers who come back. They buy one, then the next day they want two or three to give to their friends and family."

Other unusual battered delights previously offered by the restaurant include battered Cadbury Creme Eggs with waffle soldiers at Easter. 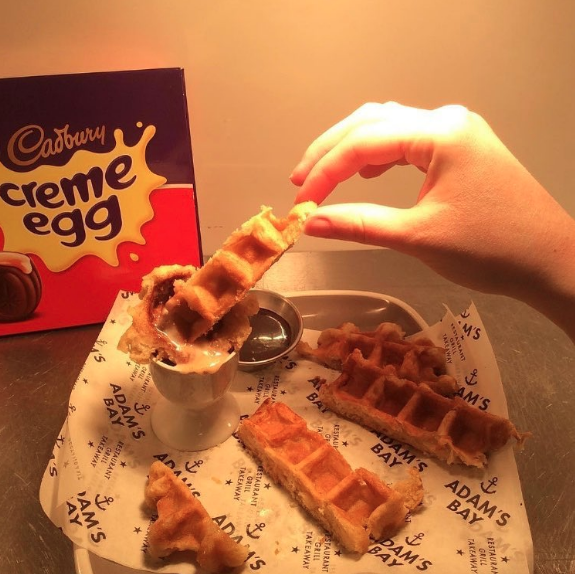